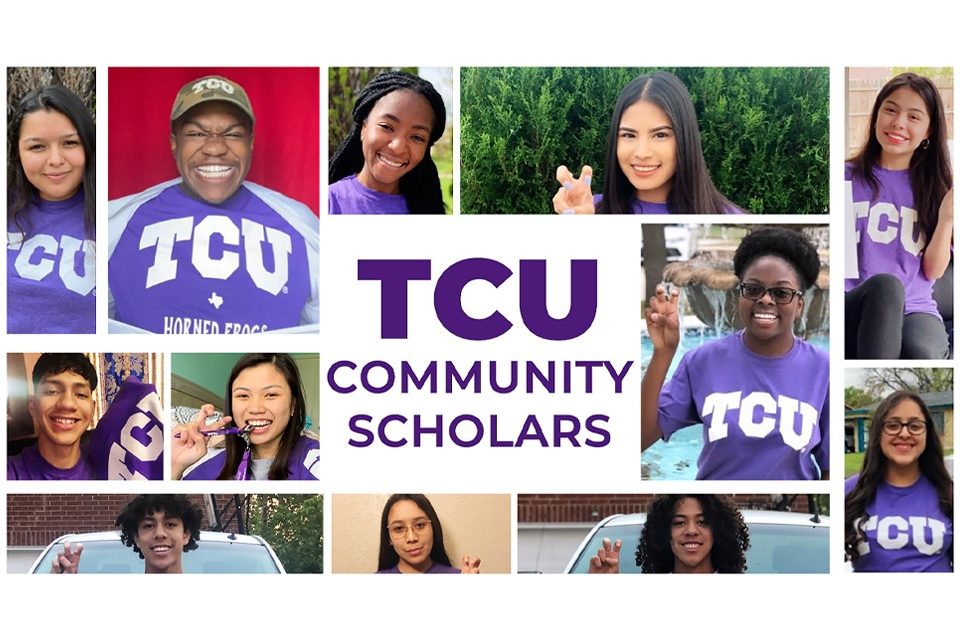 Instead of being in an auditorium full of cheering classmates, music and balloons, Anderson Nguyen FaceTimed his twin brother Brandon.

Kymvely Calderon was at work, and Rigoberto Garcia was at the bank.

Maria Mendoza forgot the password she had entered into her Frog Portal numerous times, and Nichole Fashakin took a one-minute breather before scrolling down.

All of the 13 full-ride scholarship recipients – the most ever at Sam Houston – immediately started celebrating from the big news, even if it was not in the way they were expecting.

But, then again, nothing has really been ordinary about a senior year that included an extended school closure – and then news that campuses are closed for the rest of the 2019-2020 school year – because of COVID-19.

“I started screaming after I read the first five words,” said Brandon Nguyen, whose brother Anderson was also a TCU Community Scholar. “It was so surreal to me. My heart was pumping, and I was shivering.”

Mendoza was scared to even click on the link.

“The first three words I read were ‘TCU Community Scholar,’” Mendoza said. “I threw my phone to the grass and started running around the backyard and ended up on the ground crying.”

And that kind of news – that kind of burden relieved and made official – has been a bright spot for these students.

“With COVID-19 happening right now and senior year ending in an unpredictable way, I am grateful for this scholarship and knowing I have something to look forward to in the fall,” Georgina Perez said.

Brandon Nguyen felt a “surge of happiness” and the news made Mendoza see “there’s always positive things in the negative, which really boosted my spirit and lightened my mood overall.”

Role Models for the Next Generation

All of the students acknowledge how much of a relief a full-ride scholarship is. And many said they are proud to be role models for the next generation of TCU Community Scholars from Sam Houston.

“I feel like I am representing the Hispanic community at TCU, which makes me proud,” Mendoza said. “Being a first-generation student, they look at me like I’m a role model. [My parents] are just so proud, and they told me I represented all the Hispanics who believed they couldn’t get an education. That makes me really proud of who I am.”

Kenia Martinez, also a first-generation college student, already knew she was going to have to work extra hard to get some or all of her college paid for to take the financial burden off her family. Screaming and dancing was her reaction to the news after what she called a “rough” few years working to accomplish a full-ride.

“Going to TCU, I know there’s people who do truly care about me and my education and who will be there available to guide me through this journey,” Martinez said.

And, when life gets back to normal and social distancing is a thing of the past, they’ll also find a way to celebrate.