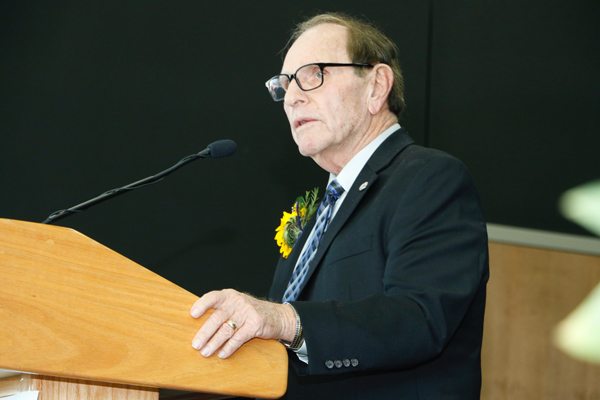 We’re saddened by the passing of Eddy Peach, former Lamar High School coach and Peach Elementary namesake along with his wife Debbie. Peach died Friday, Dec. 15. He was 76. Our condolences to the Peach family.

Peach worked in the AISD for 45 years, including 40 years as the Lamar head football coach. On Aug. 29, 2008, Eddy Peach became the first head coach to win 300 games at the Class 5A level (current Class 6A level), and he retired in 2010 with 310 wins. Eddy began his teaching and coaching career in 1965 at Carter Junior High. He spent four years at Arlington High School as a PE teacher, JV football coach and head baseball coach.

In memory of Coach Eddy Peach students are prompted to apply for his scholarship.