Do More Than Just Teach with Arlington ISD 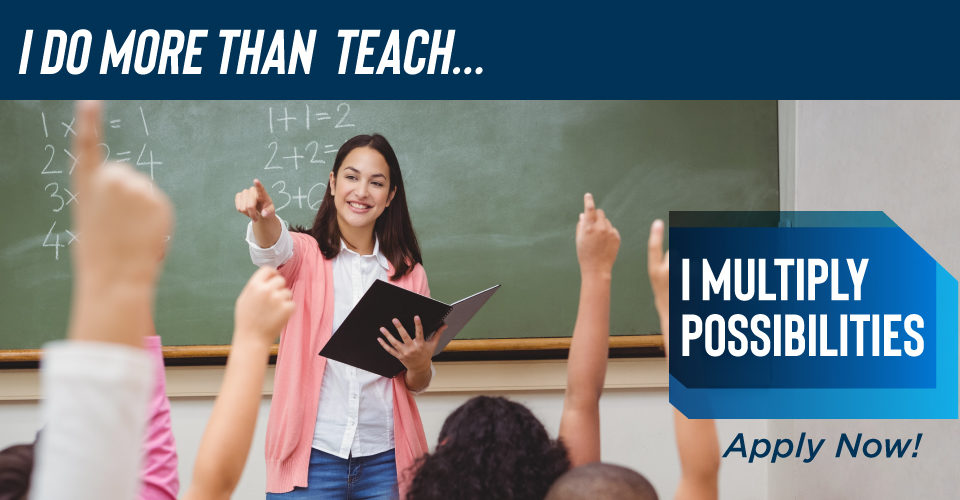 If teaching is your calling like Gloria or Corey Academy first-grade teacher Daniela Kidwell – or like the more than 4,000 teachers who are already doing more in the Arlington ISD – come to the Arlington ISD Teacher Job Fair from 9 a.m. to 1 p.m. on April 4 at the Dan Dipert Career and Technical Center.

That’s your opportunity to meet face-to-face with principals and key staff members from all across the district have a chance to change the lives of the nearly 60,000 students in the Arlington ISD.

Gloria has had opportunities at Blanton. While she was nervous when she started, she had support plenty of campus support that’s still there. Gloria takes advantage of all training opportunities she can find. She’s also the campus champion for the Blanton Holdsworth Center leadership team, and she was a member of the district’s convocation planning committee.

If you would like to do more than just teach with Arlington ISD, then visit www.aisd.net/jobs and start changing lives today!