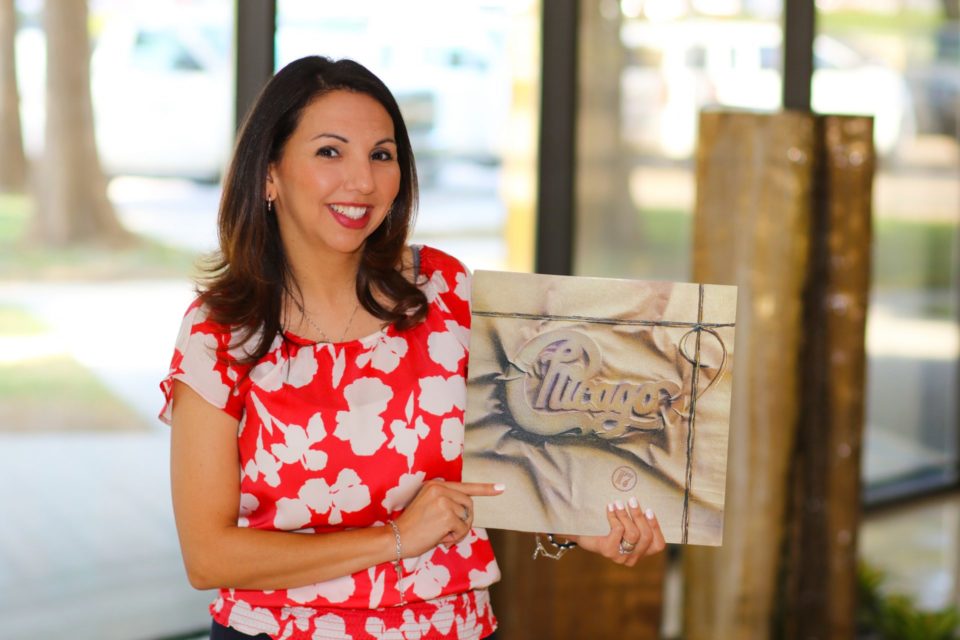 If you’re a 40 something in the Arlington ISD and have questions about song lyrics from the magical 1980s, Patty Bustamante is your go-to person in the district.

Bustamante, who became the district’s executive director of specialized learning services last year, isn’t just a fan of that kind of music, she’s pretty much a scholar.

That’s because Bustamante used the songs and song lyrics from that music to help teach herself English when she was growing up in Monterrey, Mexico.

It was an unlikely way to learn English but it ended up paying off when Bustamante’s parents moved to Texas when she was 15.

“Cyndi Lauper, the Eagles, Chicago, Air Supply, and then later groups like the Bangles,” Bustamante said. “All those little cassettes had liners notes and that’s what I did. I wrote all of them out. I had notebooks and notebooks and would play them again and again and say it again and again. There was no way I could do it by ear. I had to read it and say that’s what it sounds like. I could hear it and it was like ‘Blah, blah, blah,’ but then I could read it and write it.”

Bustamante was born in Chicago and was taught Spanish. Her family moved to Mexico when she was 3. She learned a little English when she was in school in Mexico. But it was American music that turned out to be the real key to her getting down the basics of the language.

While she couldn’t understand a lot of what she heard in the music, she was able to match the words on the liner notes to the song she was hearing. And then she would write down the words over and over again, with the repetition of doing that helping her learn words just like a student who writes down spelling words.

Music Made the Move Easier

The American music background ended up paying dividends when Bustamante’s family decided to move to the United States, a move she was against because she wanted to stay in Mexico with her friends and finish school there.

Bustamante started her 10th-grade year at Pharr San Juan Alamo High School. While she wasn’t 100-percent comfortable with her English, her background helped her pick up things quickly.

“I had good pronunciation because of Cyndi Lauper and ‘Girls Just Want to Have Fun,’” joked Bustamante, whose first concert was when she saw Bon Jovi in Mexico. “I could also diagram sentences. That’s how I learned.”

She also knew she wanted to be in education because of a principal she had. She ended up getting her bachelor’s degree from the University of Dallas at Irving and has master’s from both UTA and SMU.

She came to Arlington from Irving last year and her department oversees special education, world languages, 504 and dyslexia, prekindergarten, state and federal programs, and response to intervention.

She’s been able to use her background in her role.

“The psychology degree (from University of Dallas) helps a ton,” she said. “There’s also some therapy there and you have to be compassionate, especially because there are lots of needs in serving the departments. A lot of education has to do with personality reading. That’s where the psychology comes in.”

And while Bustamante has a lofty title in the district, she is still learning. She has a word of the day app on her phone because she’s still playing catch-up in English.

Even though she has two master’s, has been a principal and a classroom teacher, English is still not her first language.

“I’m still an English learner,” she said. “A lot of idioms don’t make sense. Forget slang. I’m illiterate when it comes to slang. My first year here I had a neighbor who told me to get my ‘big, old jacket.’ I was upset because the jacket wasn’t old. She told me that it was just a phrase. Now I know that. Now I know what bright eyed and bushy tailed means.”

Bustamante may have been able to learn that a little sooner if Chicago would have written a song about it.