Arlington ISD is the place to be for teachers

From newcomers to teaching vets, we have a job for you 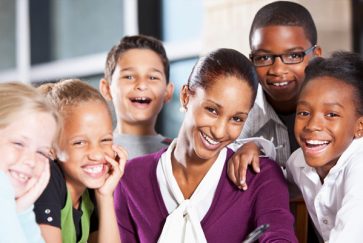 Why should you come teach in the Arlington Independent School District?

Well really, it’s the perfect district for the 4,500 teachers to shape the minds of the nearly 60,000 students and prepare them for their life after the district.

And if that’s not enough, the district is for teachers who believe in fate.

“I lucked out,” said Kayla Thompson, who is wrapping up her first year as a teacher at Pearcy Elementary. “I went to a job fair and interviewed with several different districts. I got a job offer with a charter school and had an uneasy feeling. I talked to them for five minutes and was offered a job. That’s when I came and talked with [Pearcy principal] Codi Van Duzee. It was like it was meant to be. It was destiny.”

That’s not a feeling shared just by someone new to the profession. LaShawndra Jackson, who has been a cosmetology teacher in the district for 10 years, found out the spot she wanted at Sam Houston 10 years ago was taken. At least that’s what she was told initially.

It didn’t stop her, though.

“I felt in my heart that something was there so I called back in August,” said Jackson, who is in her second year at the Dan Dipert Career and Technical Center. “He [Craig Wright] said I can’t believe you’re calling me because the job’s open. I sent him an email with all my information. I had a job interview within a week.”

Are you the next Thompson or Jackson? The only way to know for sure is by attending the Arlington ISD Teacher Job Fair from 9 a.m. to 1 p.m. on March 30 at the Dan Dipert Career and Technical Center.

First-year teachers have a starting salary of $53,500, one of the top numbers in Tarrant County. There are also stipends available for bilingual, specialized special-education teachers and those with master’s degrees.

The district is the 11th largest in the state and the largest employer in the city. The AISD offers the International Baccalaureate World School Programme at four high schools and this fall will have just one of two IB elementary schools in Tarrant County at Crow Leadership Academy. A second early college high school, a STEM elementary and a world language elementary are also slated to open this fall.

More than 40,000 students are enrolled in fine arts and more than 60 student athletes signed college scholarships on national signing day in February.

“The key for us having successful students starts with having highly qualified teachers,” superintendent Dr. Marcelo Cavazos said. “We want the best possible teachers working with our outstanding students. Effective teaching is a key to our success. We want outstanding teachers to help us reach our vision as a leader in education.”

It starts with the support behind the teachers and there are tools in place that include training, the Active Learning Cycle and the new Leadership Definition.

“It’s been a great place for me,” said Bailey Junior High coach Luis Lerma, who joined his wife Lindsey teaching in the district after he was hired from an AISD job fair 10 years ago by his still principal Tiffany Benavides. “The leadership is top notch. We’re learning every day. That’s my deal. I want to learn every day. I’m never satisfied and the leadership sets the tone for us.”

And while teachers in the district teach the students, they also have learning opportunities as well.

“The synergy sessions and getting to meet the other first-year teachers in the district have been helpful,” she said. “We learn about learning strategies and behavior. I get to make connections.”

Arlington is a large city but that doesn’t mean it has to feel that way. Jordan Fletcher, who went to college in Alabama, worked in a smaller area district for three years before taking a job at Arlington High School as a U.S. History teacher last summer.

What Fletcher has found out is that she’s stepped into a city and district where everyone knows everyone, which isn’t common in a city so big.

“My family and I were moving and I really wanted to be involved in the community of Arlington,” she said. “I had heard great things about the culture of Arlington High School and how they wanted to do things to impact all their students, not just specific groups. I really like being able to help all the students.”

Does Arlington ISD sound like the place for you? Then it can start at a job fair. It worked for Thompson. And it worked for Lerma, whose wife had her doubts.

“It’s just like yesterday,” said Lerma, who went to a job fair at the Professional Development Center. “She [Benavides] picked me out of the line. We sat down and started to talk. She was looking for exactly what I was looking for. She wanted a math teacher and a coach.  The Arlington ISD was my first interview. It was funny at the time because my wife joked that it would be hard to get a job from a job fair. I said I’d give it a shot.”