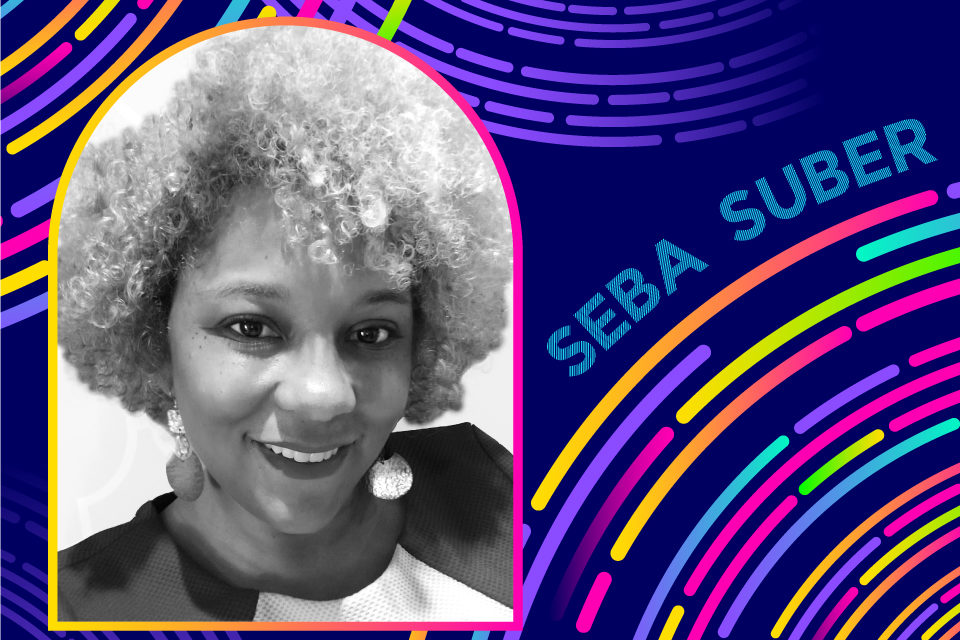 Seba Suber has been very busy the last couple of months.

That’s what happens when you’re the CEO of the Houston Museum of African American Culture (HMAAC) given the climate currently in the United States.

Whether it’s been covering the George Floyd funeral in Houston for the BBC in London or being a point of contact for Black Lives Matter content, the 1997 Martin High School graduate has been in demand.

“It’s almost like there’s been an awakening that’s happened with the injustices and struggles that have happened,” said Suber, who started her Arlington ISD education at Boles Junior High. “There have been positives come from this. There’s been an increased awareness. That helps create allies.”

Suber’s road to becoming a resource is an interesting one. She went to college at the University of Houston and began her career as a budget analyst for NASA. But she studied African American studies in college, too, and that led to her moving to Harlem in 2006 and going to Columbia to study at its Institute for African American Studies. She wasn’t able to complete that though because she’s also epileptic and had to return to Houston because of her disability.

Epilepsy for the married mother of two hasn’t slowed her down.

She was one of the first workers when the Houston Museum of African American Culture opened in 2010, and while she left the museum a year later, she remained involved. That led to her accepting the role as the CEO of the museum this February.

Not long after she got that role the COVID-19 pandemic shut the museum down. It re-opened last Friday on Juneteenth and is currently running on a limited schedule.

While the museum isn’t at full speed again yet, Suber has been able to see some positives come since the protests began nationwide while the museum was closed.

“There’s definitely been an increased awareness from non-black people now that awareness is more outside,” Seba said. “It’s a conversation that’s always continuing in black and brown communities.”

While Suber lives in Houston, she’s been able to see it in Arlington where her family still lives. One of her best friends is Martin teacher Gerri Brown, who started the African American curriculum at the school and still teaches there. Brown is also aware of the step the district recently took with the Board of Trustees’ resolution on racial and social equity.

“I do think it’s a positive start,” Suber said of the resolution. “But what was being done before? When I was in Arlington, it was majority white and a small percentage of African Americans. It will be interesting to see what the next steps are.”

One thing Suber would like to see is more blacks having their voices heard now that the situation is in the spotlight. It’s one thing to have a seat at the table, but it’s another to have their opinion make a difference.

“You don’t ever want to be a token,” she said. “If you are to have people in positions of power, they have to be listened to and advocate.”

Suber is also hopeful the momentum of the movement can continue. One of her biggest concerns is the way news cycles shift on stories. In March and April the big national story focused on COVID-19 and the shift wasn’t to black lives until recently. She doesn’t want the focus on equity for blacks to shift again once another national story breaks.

“We’re not trying to be pessimistic, but we don’t want this to be a trend,” she said. “Black Lives Matter isn’t a trend. It’s not a hashtag. The fear is once the news cycle changes and the news dies down, it will shift. We don’t want the help from our allies to die down. We’ve had a lot of white friends help. We want that to continue.”

So how can that continue if the news shifts? The answer for Suber is simple. It’s about talking and listening to everyone.

“Black families have to talk to their kids,” she said. “White families have to talk about their role in this and be honest with each other. We have to have multicultural conversations to find solutions. We have to work together. That requires a certain level of empathy and openness from everybody. Sharing stories is probably the most significant thing I’ve found. Once brown and black people share their stories of racism you almost see a shift happen with the white people in the room.”