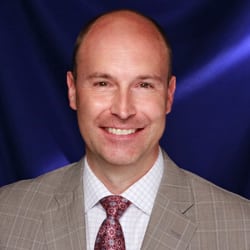 Dr. Christopher Anderson has served as the Director of Fine Arts for the Arlington Independent Schools since 2018. Prior to his position with AISD, Dr. Anderson served in a similar role with the Lubbock ISD for four years. Christopher is an active advocate for the fine arts statewide and has broad expertise in fine arts facilities renovation and new construction development as well as curriculum writing and development.

Christopher moved to K-12 Administration from his post as the Director of Bands and Instrumental Music Education at Arkansas Tech University where his band was selected to perform at the 2014 CBDNA Southwestern Division Conference. In 2013, Dr. Anderson served as conductor-in-residence at the University of Sydney’s Conservatorium of Music in Sydney, Australia. Prior to his appointment at Arkansas Tech University, Anderson spent 8 years as the Director of the Goin’ Band from Raiderland, the 440-member marching band at Texas Tech University. His bands have performed at the Cotton Bowl, Gator Bowl, Holiday Bowl, Alamo Bowl, Houston Bowl, Insight Bowl and made appearances on commercials for ESPN as well as College Gameday. He held similar posts at Stephen F. Austin State University as director of the Lumberjack Marching Band and Abilene Christian University as director of the Big Purple. He began his career teaching in the public schools at Keller High School, an award-winning music program near Fort Worth, Texas.

An active and diverse arranger, he has multiple transcriptions for concert band of the music of John Corigliano and has marching arrangements that have made several appearances at finals of the State Marching Contest in Texas.

Christopher holds a Doctor of Musical Arts in Conducting from the Sarah and Ernest Butler School of Music at the University of Texas at Austin under Jerry Junkin, a Masters of Music in Conducting from the Bienen School of Music at Northwestern University under John P. Paynter, and a Bachelor of Music Education from Abilene Christian University under Fred J. Allen.  He has held membership with TMEA, TMAC, TBA, TODA, TCDA, CBDNA, WASBE, and Phi Beta Mu. He also holds honorary memberships in Kappa Kappa Psi and Tau Beta Sigma.

Christopher’s wife, Dr. Amy Anderson, is a faculty member at Texas Christian University Harris School of Nursing and at the TCU/UNTHSC Medical School. They have 4 children. 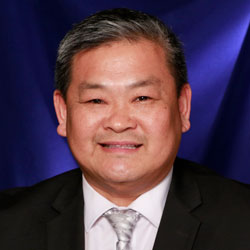 Linh Nguyen is a graduate of The University of Texas at Arlington, where he received his B.F.A with a concentration in Ceramics and his M.Ed. in Educational Leadership and Policy Studies. Linh has over 20 years of experience as an educator working in the public school, where he served as an art teacher at Arlington High School and currently as the Visual Arts Coordinator for Arlington ISD.

As the coordinator, his responsibilities include developing curriculum and instruction for K-12 visual arts, designing of professional learning, coordinating community outreach and providing venues to highlight student work. Linh was on the design team for the Fine Arts Dual Language Academy and Fine Arts Center as part of a $663.1 million bond package in AISD. Linh is an active member of the NAEA, TAEA, AAEA and ASCD. He serves as a liaison to the Arlington Museum of Art Board of Directors and Arlington Arts League and has served on the Arlington Arts Alliance.  As a member of TAEA, he co-chaired the State Convention and presented at the State Visual Art Scholastic Event (VASE). Linh’s effort as the district Visual Arts Coordinator is to provide opportunities for teachers and students to be successful in the Arts, while encouraging a deeper appreciation and love for the Arts.

Linh resides in Arlington with his wife, Jennifer, who is an educator in AISD. They have two sons and a daughter who attend Arlington schools. When not spending time with his family, Linh loves to fish, cook and create on the potter’s wheel. 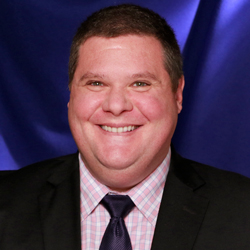 Michael Stringer is the Coordinator of Fine Arts for the Arlington Independent School District in Arlington, Texas. Mr. Stringer holds a Bachelor of Music degree from the University of Texas at Arlington and a Master of Education degree from Stephen F. Austin State University.

Michael has a wonderful wife, Sara, and two beautiful children, Matthew and Kari. In his spare time, he enjoys attending all of Matthew’s orchestra and choir events and feeding Kari all the foods she shouldn’t eat. 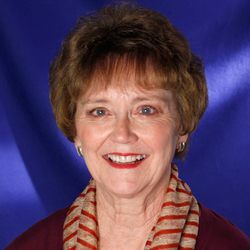 Barbara Keaton has been with the Arlington school district since 1989 teaching general music at Johns, Goodman, and Ashworth elementary schools as well as the auditioned all-city choir now known as the Arlington Children’s Chorus.  She received her BMEd and MMEd degrees from the University of Texas at Austin, has taught elementary through college in Texas and Virginia, and has presented workshops in the US and Canada.

A member of TMEA, she has served in various capacities and has presented at TMEA conventions which includes co-directing the Arlington Children’s Chorus as a 2008 TMEA honor choir. Awards include AWARE, Bayard H. Friedman, MLK Education, Teacher of the Year(s), PTA Life Member and other community recognitions.

She and her husband, Allen, a former federal accountant/negotiator, have two sons Eric (Kathryn) and Craig (Bonnie) and four busy and amazing grandchildren who are active in sports, the arts, and their studies.

Mrs. Keaton currently serves the district as the Fine Arts Elementary Music and Transformational Specialist.  Included in her duties is the oversight of 52 elementary music programs, and the music, piano, dance and theatre programs at AISD’s two Fine Arts Dual Language Academies, the Arlington Children’s Chorus, and community performance opportunities.  She is an advocate for quality music education and integration into core classrooms which begins in the formative years and enables students to experience, learn, play, and perform.