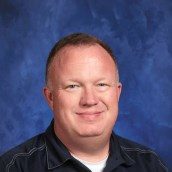 Married to Rosemarie since 1998 with two kids: Carmen and Jack.

Graduated from Martin High School in 1990.

Earned a B.A. in History with Social Studies Composite Certification from Sam Houston State University in 1994.

Earned a Masters in Counseling from Tarleton State University in 2014.

I have been with Arlington ISD since I became a classroom teacher at James Bowie HS during the second half of the 1994-1995 school year.  I have taught the following subjects: World Geography, World History, Sociology, U.S. History, AP U.S. History, Economics, U.S. Government, and AP U.S. Government & Politics.  I am proud to say that I have been a Lamar Viking since the start of the 2014-2015 school year when I was hired as a counselor.  Go VIKES!!!