Courtney B. is a force to be reckon with! 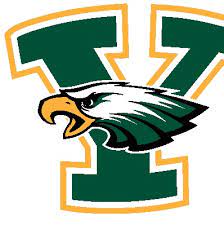 Who is Courtney B?

Surely Courtney B. could have found other things to do when her older brothers headed out to play a game of sandlot football.

Courtney could already hang with bigger boys in basketball and soccer. Why not football?

Her brothers quickly learned something: their little sister could catch, run and hit – and take a hit, too.

So it wasn’t surprising when Courtney set her sights on playing football for Young Junior High.

Playing with friends at the park is one thing. Playing junior high football is quite another.

“My dad was probably looking forward to it more than I was,” said Courtney, explaining how her parents reacted to the news.

Mom, though, wasn’t as thrilled.

Young Athletic Coordinator Jake Maurer has seen a few girls playing football in his many years as a coach, so having Courtney show up for the sport wasn’t that big of a deal. There are no restrictive regulations when it comes to females playing football. If a coach thinks they can contribute, they play.

It appears Courtney can play.

“She came out the first week of practice and proved herself,” Maurer said. “Since then, the kids really have accepted her. They don’t even think twice about the fact that she’s a girl anymore. She’s just a part of the team.”

Courtney plays cornerback and wide receiver for the B team, which started the season strong by winning its first three games. She’s agile, can tackle well, and isn’t intimidated by hard-hitters.

Perhaps the best compliment comes from opposing teams who aren’t aware she’s female. The end of the games usually blows her identity once she takes off her helmet, especially the games when her long, flowing hair has been tucked away.

The number of girls playing football has risen over the years, although most of them participate in girls-only leagues. Female football players at the high school level are still rare.

Courtney would love to play next year at Martin High School but understands how the deck is stacked against her. Maurer knows the physicality of gender and how boys tend to keep growing bigger and stronger through their high school years.

“They’re of similar size now but it won’t stay that way – Courtney understands that,” Maurer said.

“Maybe I’ll probably become a kicker instead,” Courtney said. “That would be easier for me.”

Maurer wouldn’t bet against her.

“She certainly earned it with us,” he said. ”She’s a competitor and a good athlete. Works hard. That goes for no matter what sport you’re playing.”

Pictured: Courtney B., an eighth-grader at Young Junior High, plays cornerback and wide receiver for the Eagles B football team.