In conjunction with the Arlington Museum of Art's 30 Americans exhibition, the Arlington ISD Center for Visual and Performing Arts (CVPA) is proud to present the complementary works of renowned artist Jacob Lawrence. This exhibit is free and open to the public.

Since his first published art in 1963, Jacob Lawrence has produced a body of prints that is both highly dramatic and intensely personal. In his graphic work, as in his paintings, Lawrence has turned to the lessons of history and to his own experience. From depictions of civil rights confrontations to scenes of daily life, these images present a vision of a common struggle toward unity and equality, a universal struggle deeply seated in the depths of the human consciousness.

Lawrence was born in Atlantic City, New Jersey, in 1917 and passed his formative years in New York's Harlem neighborhood. In the mid 1930s he took art classes sponsored by the College Art Association and the WPA, at the Harlem Community Art Center and, following a two-year scholarship to the American Artists School worked in the easel division of the Federal Art Project. In 1941, Lawrence became the first African American artist included in the permanent collection of New York's Museum of Modern Art, where he had a one-man exhibition in 1944. He lived and worked in New York City, teaching at numerous schools and universities until 1971, when he accepted a full-time faculty appointment at the University of Washington in Seattle, from which he retired as professor emeritus in 1983. 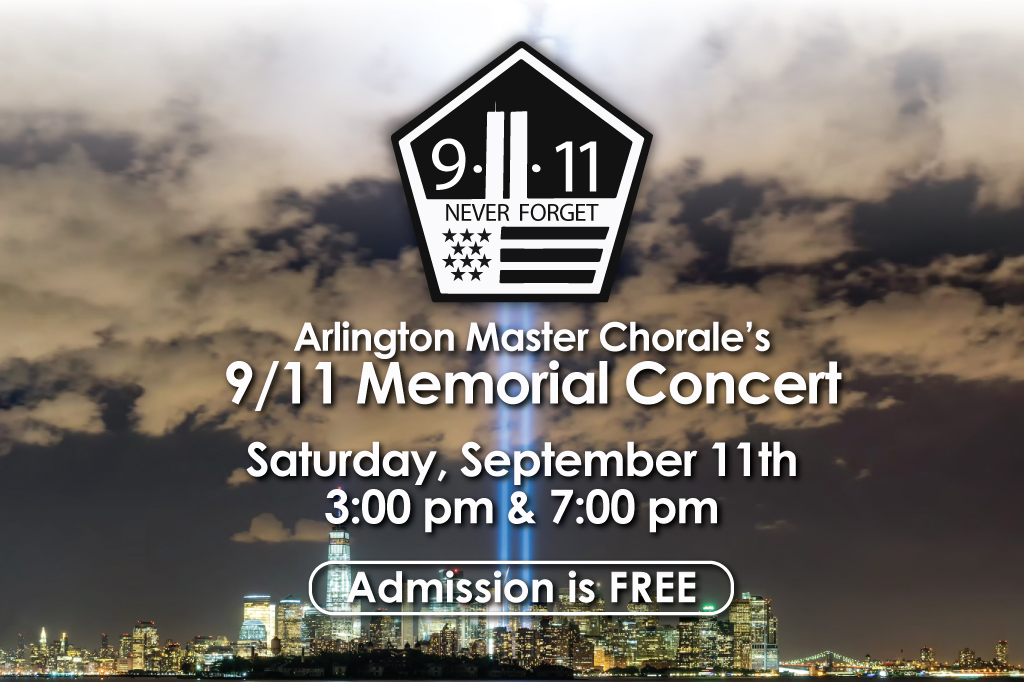 Witness a spectacular performance by Arlington Master Chorale on Saturday, September 11, as they commemorate an event that forever impacted our nation. This event will mark the 20th anniversary of September 11, 2001. Join them as all who were lost and affected are celebrated and remembered. Performance times are 3:00pm and 7:00pm. Tickets are free, and are required for each performance.

Thanks for subscribing! Please check your email for further instructions.