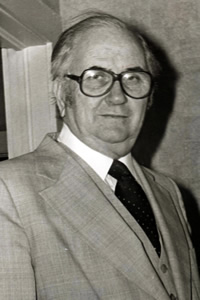 James W. Martin began his education career as an elementary school teacher in 1937 after graduating from North Texas State. He went on to teach at every level before becoming superintendent of the Arlington ISD.

Mr. Martin served the school system for 31 years. Martin High School is the only high school in the district not named for a historical figure in Texas.