Event brings tons of agricultural fun for all 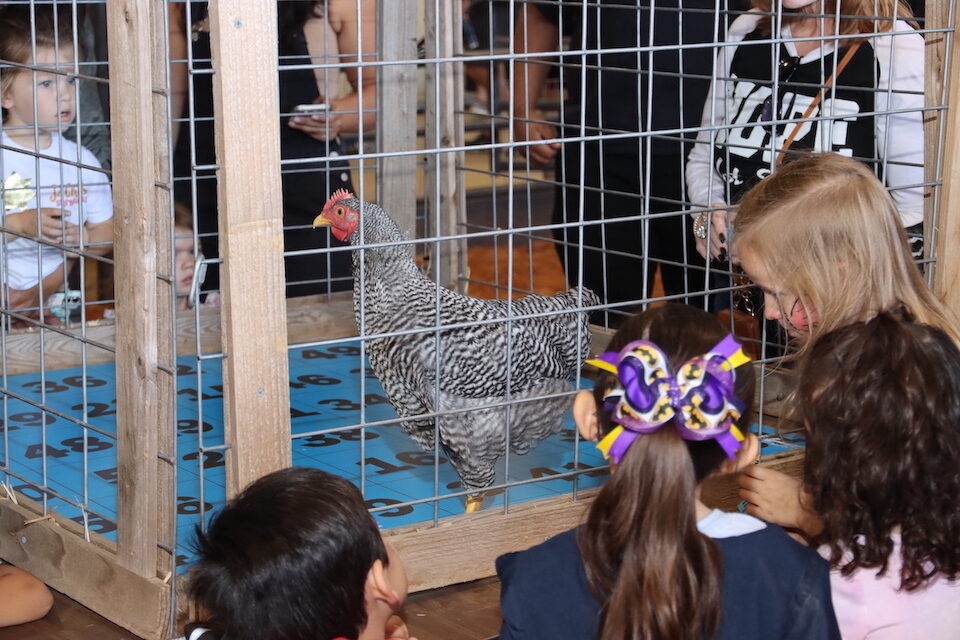 Elena Krysiak showed no fear when it was her turn. Some of the other preschoolers inched their way to pet the trio of goats, but Elena boldly stepped into a super-tight pen, fed the kids stalks of hay and briskly stroked their fur. And completely ignored how the animals were just as tall as her and were frenziedly circling her. 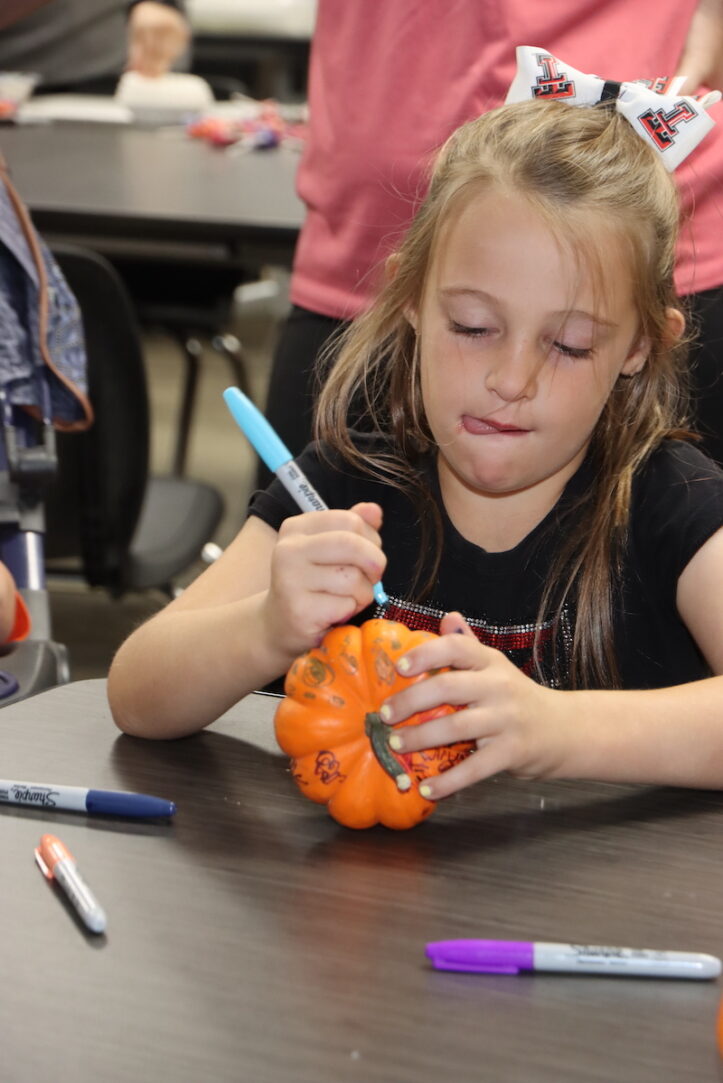 “I think it’s great! I joked with her for a little while that I was gonna get some goats,” Jeff said. “And seeing her interact with them, I think that I’m one step closer to being able to convince her that it is a possibility.”

At the event, the FFA chapter members (nearly 150 students, representing various Arlington ISD high schools and a few junior high schools) handled animals that also included lambs, rabbits, and chickens. Amanda Krysiak was impressed at how comfortable Elena was around the goats.

“I think that these high schoolers do such a great job raising these animals. You can tell that they’re sweet and are well taken care of,” she said.

It was the second year in a row that Amanda and her family attended the event. There, Elena and her sister, Cecilia – a fourth grader at Butler Elementary – had their faces painted with butterflies and enjoyed craft-making stations, also manned by high schoolers.

More than 1,000 people attended the festival, held inside and outside of the 26,000-square-foot center. This feat made FFA chapter president and Arlington High School senior Grace Ressl smile from ear to ear.

“What I love about it is that it’s not just people who have kids who are in school. It is a big community event!” Ressl exclaimed. She said the festival is “awesome” because it “helps people become more aware about how urban agriculture can be.”

Ressl said her organization regularly helps youths understand the array of job opportunities that can result from studying agriculture in school. The Agriculture Science Center opened in October 2017 to serve high school students with an interest in animals and agriculture. Funded by the 2014 Bond, the facility makes ag education and raising an animal accessible to all high school students.

The fall festival, Ressl said, showcases the many talents of teen agricultural enthusiasts. There, newly crowned Miss United States Agriculture, Sammi Schrader, even walked around to greet the attendees. The 17-year-old Arlington High School student has shown goats for four years, judged wool and participated in many other agricultural events. She, too, was thrilled with the festival’s turnout.

“We haven’t had this many people for a while,” Schrader said, attributing it to the pandemic. “And I feel like a lot of people who are here … some of them know everything about agriculture, and some of them don’t. So, it is really diverse.”

While many of the young visitors basked in the fun of the petting zoos, the adults also had their share of fun. Many enjoyed the plethora of crafts that were for sale – from plants, customized candles, shirts and decorated rocks to Christmas wreaths. They also partook in some Asian fusion cuisine and bought homemade baked goods.

Others played chicken poop bingo for a $150 winning prize. Or they kicked back to enjoy live performances sponsored by Jimmy Pitstick’s Young Stars and Guitars. Taylor Boshek, a ninth grader at Martin High School, played and sang popular country tunes atop a makeshift stage decorated with two large haystacks.

Lisa Priddy, an Arlington ISD teacher assistant and avid fan of stock shows, was ecstatic to attend the event for the first time. She took her 14-year-old daughter Maggie, an Arlington High School freshman and a longtime rider of horses. Her son James, a fourth grader at Duff Elementary, also enjoyed the event.

“It’s fabulous! It is a free, family event. And it supports our local community,” Priddy said. “You can bring your family out and feel comfortable and safe.”