Bailey Junior High Students Give To Those in Need 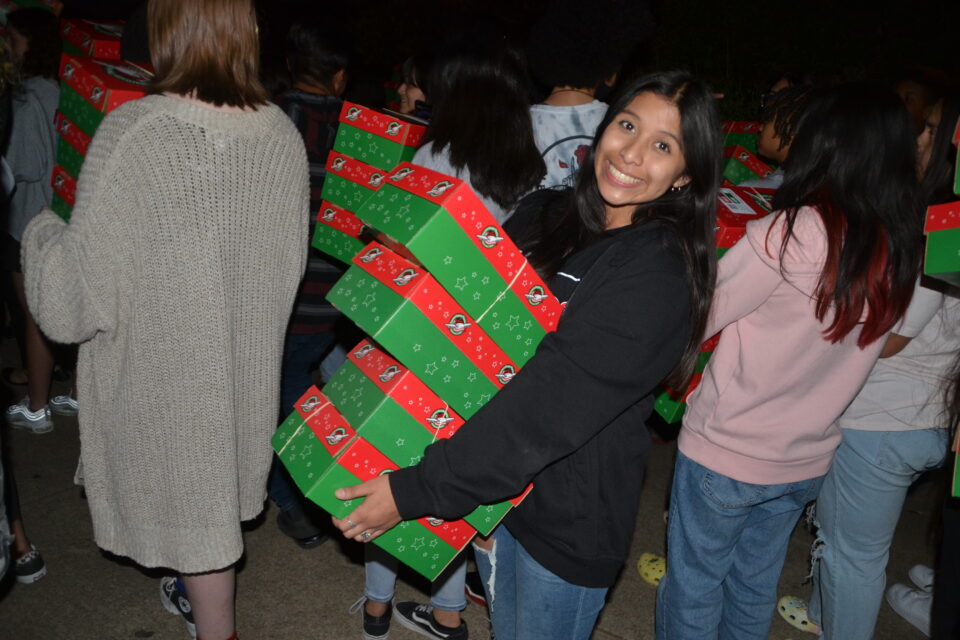 Carson Bold remembers the first time Bailey Junior High School hosted Carson Cares’ annual Season of Giving project where students fill dozens of shoe boxes with daily necessities and toys for children who wake up to very little, or nothing at all, on Christmas morning.

“It went really, really quick,” Bold recalls. “The most important part of the project for me is seeing the kids having fun and taking their time to fill the boxes. I want them to experience this, not just get it done.”

This time around, Bold, who started the non-profit service organization while at Duff Elementary and is now a senior at Southern Methodist University, took the microphone at the beginning of the box-stuffing festivities to dole out pieces of advice.

Go slow, he said. And have fun. 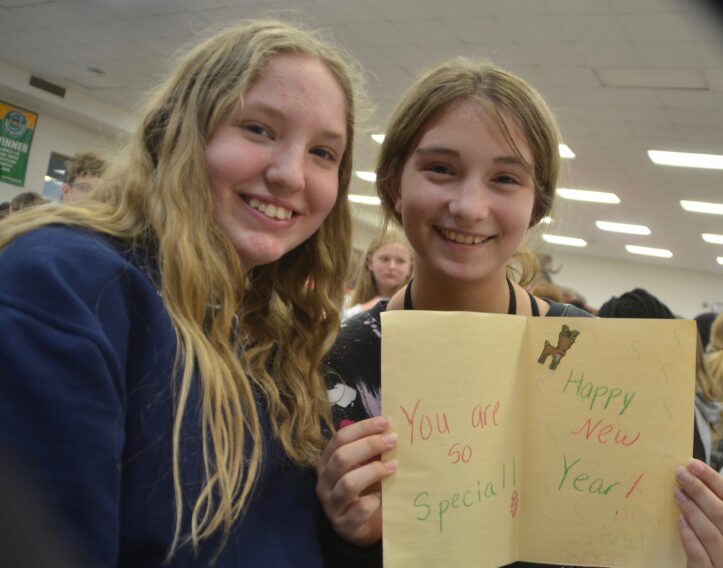 The students did, laughing and talking and dancing to Christmas tunes blaring in the school cafeteria, which was lined with tables of shoeboxes boiling over from soaps and toothbrushes, footballs and teddy bears. The students moved about like a human assembly line, first receiving a box and then walking alongside tables filled with items to stuff them. Once a box was completed, they placed it on the stage only to do it all over again.

Two hours later, 429 boxes were stacked high on the stage.

For the past 14 years, Bold, who along with his mother, LaShaunn Bold, has organized this event in conjunction with Samaritan’s Purse, the non-profit that works with local churches that receive the boxes from organizations and schools like Bailey. The boxes are then shipped to children in need around the world.

Bailey became home base for Carson Cares, which is made up of young people conducting service projects, because Bold was a student there. Carson Cares began when Bold wanted to raise money for SafeHaven, the women’s shelter, where his mother had close ties. He raised $22 from a lemonade stand.

“And that was it,” said LaShaunn Bold.

Now the organization is made up of some Arlington ISD students from elementary to high school. Arlington High School, where Carson Bold graduated, is a big part of it now as well, holding a toy drive to contribute to the boxes.

Season of Giving has become one of Bailey’s most cherished events, partly because it pays dividends not just for the children receiving the items but for the students, some of whom are just learning the gift of giving.

“Mostly, what it does is teach our kids how to appreciate what they have,” said Bailey AVID teacher Catholene Buckles.

Each year Buckles is all in when it comes to Season of Giving and, in fact, uses class time to hit the neighborhood dollar store where her eighth graders, armed with $5, buy items for the shoeboxes.

“When they find out that they are buying a bar of soap for someone who may not have soap, something they use every single day without really thinking about it, it just blows their mind,” Buckles said. “I had one girl who brought a baggie with a bar of soap and wash cloth and wrote a touching note in it. When they find out this Christmas, this shoe box, and that’s all they are getting for Christmas, something stirs in them. It’s really great to watch.”

Before getting started, students were able to watch a couple of videos, one which explained the overall objective of the Season for Giving, and another that showed its impact: an orphaned girl talking about receiving the shoebox and how she would later dedicate her life to service.

AVID student Aniyah Butler was inspired by it.

“I think a lot of us, especially at our age, think we can’t do things like this, we can’t make a big difference because we’re just a kid,” she said. “This sort of thing gives us the opportunity. You don’t know exactly how to help even if you want to and this gives you a chance to do that and really feel like you’re making a difference in someone’s life.” 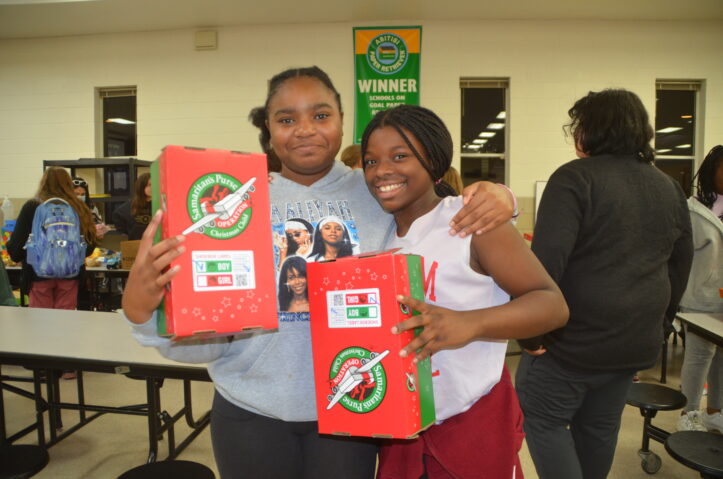 Butler was also “blown away” by their volunteering in terms of its global outreach.

“I can’t believe someone in another part of the world will read this and get something out of it,” Savanna said.

Buckles wasn’t surprised by the number of students who showed up to help with Season of Giving. The cafeteria was packed, and on a school night, no less.

Buckles knew they, too, were all in when a number of them showed up in droves on not just a school night, but unaware of the treat awaiting them. Pizza.

“They didn’t even know they were getting pizza,” Buckles said. “Yet here they are.”