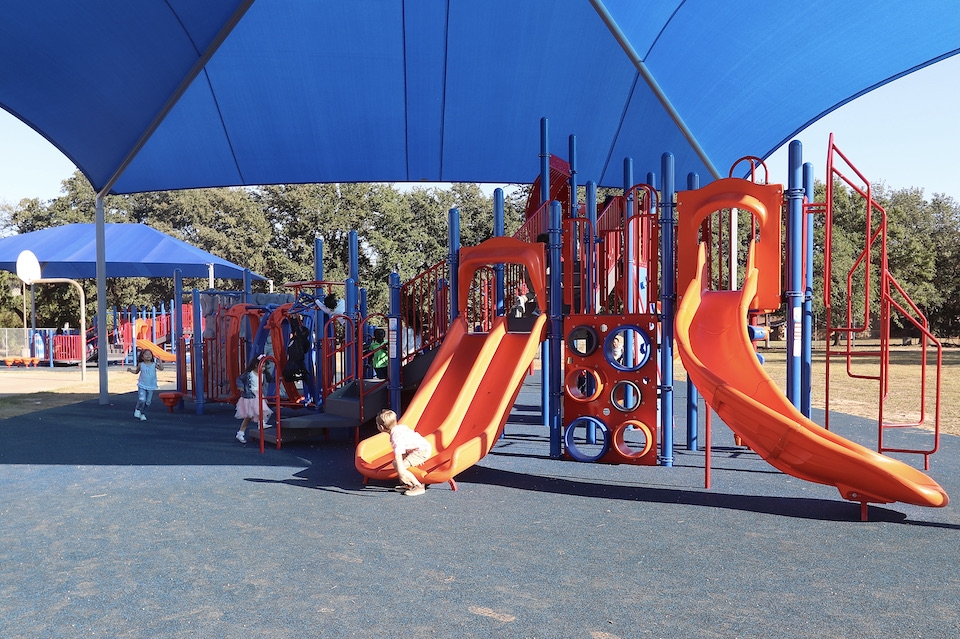 That’s 19 Arlington ISD elementary schools that have received new playgrounds as part of the 2019 Bond program. 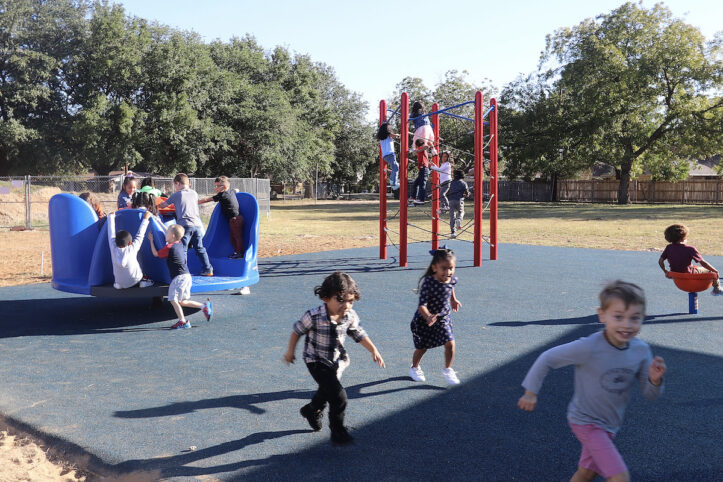 But who’s counting? All the elementary students certainly are! And the teachers are, too.

“Students screamed and jumped, and even the teachers were as excited as the children,” said Wimbish principal Dr. Chelsea Kostyniak.

It was Oct. 11, the day Wimbish students – and teachers – got to use the new playgrounds during recess.

“The new set includes musical play, spinning equipment and new ropes to climb,” Kostyniak said. “We are so grateful to explore and enjoy our new school playground.”

One kindergartener heading from the swings toward the slides couldn’t pick out her favorite thing.

“My favorite is everything,” she said.

Her friend kind of agreed.

“My favorite is everything, too, but I like the swings better,” she said.

All that remains to complete the project is to plant sod around the new playgrounds.

See photos of the Wimbish playgrounds.

New playgrounds for every elementary school

The new playgrounds at Wimbish are part of the 2019 Bond program. Every elementary school is getting two – one for pre-K through first grade, and the other for second through sixth 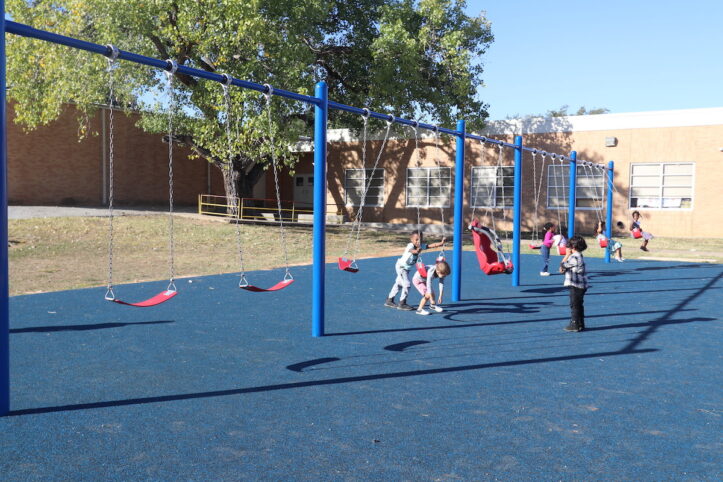 grade. The playgrounds include shade structures, accessible play equipment and rubber surfacing. While the equipment is standard from campus to campus, each school got to make their own color selections.

The playgrounds are getting installed at all 53 Arlington ISD elementary schools in three phases. The first phase, with 17 schools, is already complete. Wimbish is the second school in phase two to open the new playgrounds. Crow Leadership Academy was the first.

Work is also underway at several other schools in phase two, with more beginning soon. 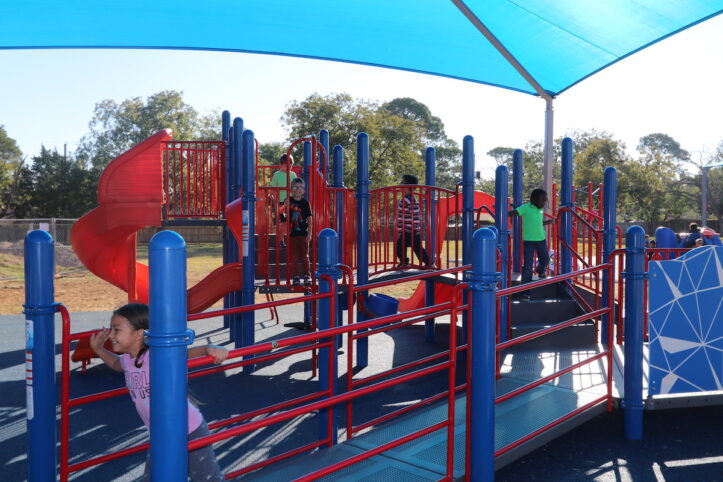 Work will begin throughout the fall at most of the other phase two schools as well: Morton, Dunn, Hill, Blanton, Rankin and Patrick elementary schools. Kooken Education Center and Butler and Sherrod elementary schools will begin in January. All the new phase two playgrounds are scheduled to be completed by early 2023.