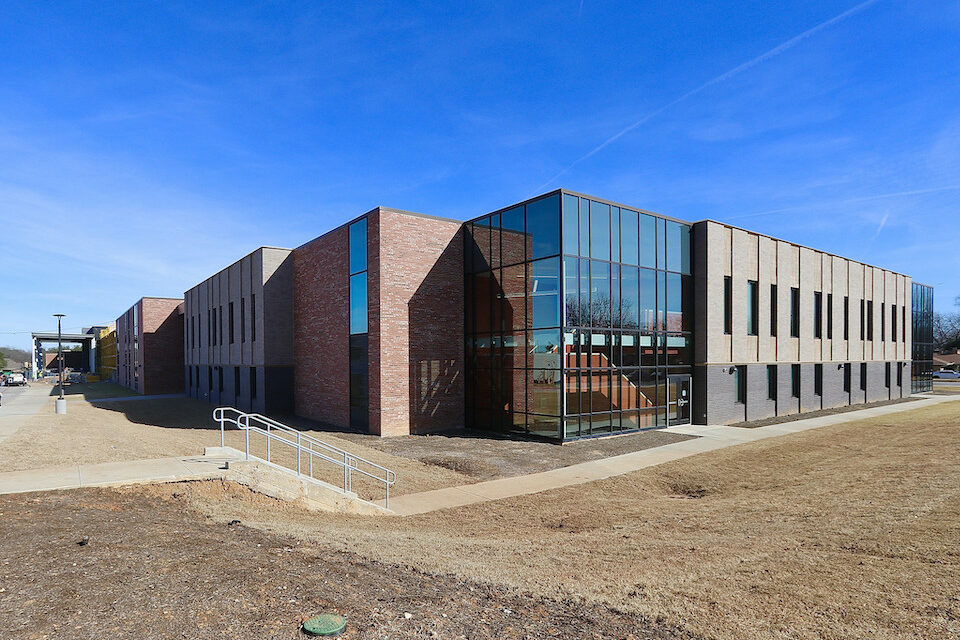 Innovation always comes with challenges, but it’s also what reaps the greatest rewards.

At Gunn Junior High School and Fine Arts and Dual Language Academy, that’s exactly what’s happening with the academy’s inaugural sixth grade. Seven years ago, these sixth-grade pioneers were the fist kindergarteners at the then brand-new Corey and Jones academies of fine arts and dual language. They reaped the benefits of that innovative program and new facilities, but they also weathered the bumps that come with anything new, blazing the trail for all the classes to come.

Their trailblazing has continued as the first junior high fine arts and dual language class at Gunn Junior High and the only sixth grade in all of Arlington ISD to attend junior high. At every other school, junior high starts in seventh grade.

“Anytime that you’re doing innovation, it’s challenging,” said Gunn principal Dr. Matt Varnell. “But the way you get to excellence is through innovation.”

Varnell was also the first principal at Corey Academy of Fine Arts and Dual Language, so he has pioneered the program right along with the students.

“The first students who have gone through this program have been brave every step of the way,” Varnell said. “I’m so proud of the kids for finding a way forward in difficult times. Coming back from the pandemic is a challenge enough, but to do it in sixth grade for the very first time in a building that’s under construction – it truly has taken a community of staff, parents and kids making it work.”

Gunn Junior High, open since 1972, is in the process of a total transformation, funded by the 2019 Bond. With major additions and renovations for all of the original building, Gunn is continuing as the junior high home for seventh- and eighth-grade students zoned for the school, plus it is the new home for the district’s first junior high fine arts and dual language academy. Once elementary students complete fifth grade at Corey and Jones – the district’s two fine arts and dual language academies – they move on to junior high at Gunn.

Everything about the Gunn campus has changed or is changing. A years-long construction project has added classrooms and a new library, moved the front entrance to what used to be the back, and completely renovated every original space. Even outside, the parking has all been redone and the field has been turfed.

The construction that started at the end of 2019 should wrap up this summer.

Though construction and renovations are still ongoing, the building now reflects the innovative programming the school offers.

“One of the great things with the bond is we got to design a building that would really support the learning we wanted,” Varnell said. “So, you see these really creative spaces. You see open lobbies where kids can get together and have collaborative groups. You see a library designed around this idea that we should use it regularly and it should be a space where we flow in and out.”

See photos of the construction progress.

“These are spaces that support learning,” Varnell said. “We don’t want kids to ever think, ‘I’m not smart.’ The question is, ‘How are they smart?’ Finding the way that a kid is smart is the key to their success.”

That means providing a diversity of learning opportunities with facilities to match so every student will be inspired to learn and grow. And that goes for both the students in the academy and the seventh and eighth graders in the traditional Gunn junior high program.

“The benefits of this program are starting to become evident,” said Nick Heizer, the parent of a Gunn academy sixth grader who went to elementary at Corey.

Heizer’s daughter is in the choir at Gunn.

“She really enjoys doing that,” he said. “It’s not something you can’t do at other schools, but it’s something that is introduced to them at a younger age, along with some of the other fine arts, like piano, etc.”

The sixth graders this year are getting opportunities no others have ever had. For example, the sixth graders in band each had a mentor from the Arlington High School band. And sixth graders in theater got to participate in the junior high one-act-play festival held at the district’s Center for Visual and Performing Arts.

Students in the academy don’t just get an earlier introduction, they also receive a more robust fine arts education than other schools and districts can offer.

“For me, the two concepts that come to mind when I think about our new space is versatility and exposure,” said Parker Fitzgerald, Gunn’s theater teacher. “My black box style theater and classroom allows for hands-on instruction and demonstration that no other school can provide. For instance, I could have students rehearsing a scene that is set on a beach, and then I could have another student design lights for them on the new light board. All the while another student could find sound cues for an ocean setting that we could play in the background. All of a sudden, we are creating a miniature show with full production values right in the middle of class. This is the type of stuff that most theater students wouldn’t be able to do until they are in college, but we’re doing it in junior high.”

“They enjoy the fine arts aspect of the program the most and have been exposed to concepts and skills they might not get at another school,” said Corliss Bunkley, mother of a Gunn sixth grader from Jones and a Jones fourth grader.

But it’s not just about fine arts.

Gunn’s academy students have also continued what they started in elementary with dual language instruction, where half of the school day is taught in English and the other half in Spanish.

To Gara Hill, mother of a Gunn sixth grader who attended elementary at Corey, learning Spanish is one of the best advantages of the program.

“Whatever they want to do in life, they will do better by being bilingual,” she said.

Along with the dual language is an emphasis on cultures.

“They are also getting the cultural understanding that is the key to bringing us together,” Varnell said.

“The diversity of the students is the most important aspect for us,” Bunkley said. “Our world is made up of all kinds of folks and we want our children to be able to see and respect the many differences in the world.”

The fine arts/dual language program, paired with the new facilities purposefully designed to inspire and maximize learning, is a game changer. But no one says it’s always been easy.

“It was tough,” Hill admitted about the start of sixth grade.

But Hill and her son – and all of the pioneers at Gunn – are focused on the end game.

“Being a part of an opportunity like this is really incredible,” she said. “The opportunities, the experiences that our students will have are beyond our comprehension. These things didn’t even exist when we were in school. Knowing that he can come out of a public education having had the exposure and experience with other cultures and with fine arts is really, really exciting. And it’s exciting even to be a part of the bumps along the way, knowing that in the end so many students will benefit from an education like this.”

And while it was certainly hard at first, Hill’s son has quickly adjusted to junior high.

“He’s thriving,” she said. “He loves going to school and the new friends he has made. We can definitely see that he values the program, and we are excited for him to be a part of it.”

If you have a sixth or seventh grader who might like to become a Gunn Gator, keep an eye out for the transfer window later this spring. There are limited spots for the academy program for rising sixth and seventh graders, and applicants will have to demonstrate a certain level of proficiency in Spanish. If you’re child does not have that level of Spanish, that’s ok. Rising seventh and eighth graders are welcome to transfer into the traditional junior high program where students also get to take advantage of the new facilities and opportunities.