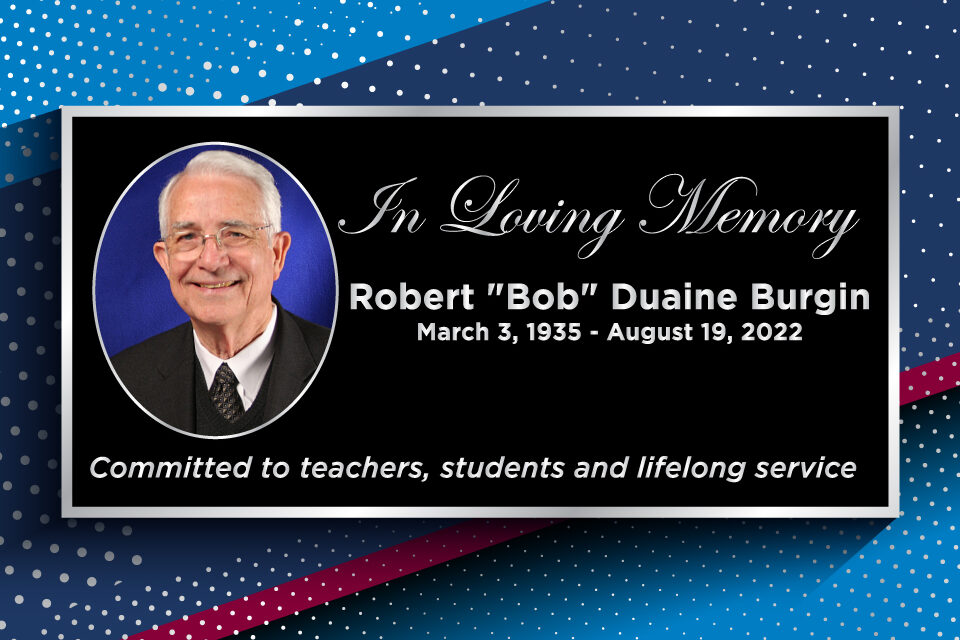 Burgin, who shares the namesake with wife Tillie Burgin at Burgin Elementary School, was a Texas native born in Jewett.

Bob Burgin began his Arlington ISD career in 1960 as a math teacher at Carter Junior High. He later taught at Arlington High School before moving to Korea. Upon his return to the United States in 1975, Burgin was an assistant principal at Hutcheson Junior High for one year, Gunn Junior High for four years and Nichols Junior High for three years.

“Bob Burgin has left an indelible mark on our district and the community,” Arlington ISD superintendent Dr. Marcelo Cavazos said. “As a teacher and administrator, he helped shaped the minds of students and staff throughout the city. The work the Burgin family has done outside the district is impossible to measure. His death will be felt by so many in the community and the region.”

There will be a visitation Wednesday, Aug. 24, at Wade Family Funeral Home from 6-8 p.m. The funeral is Thursday at 1 p.m. at Parkview Fellowship Church.