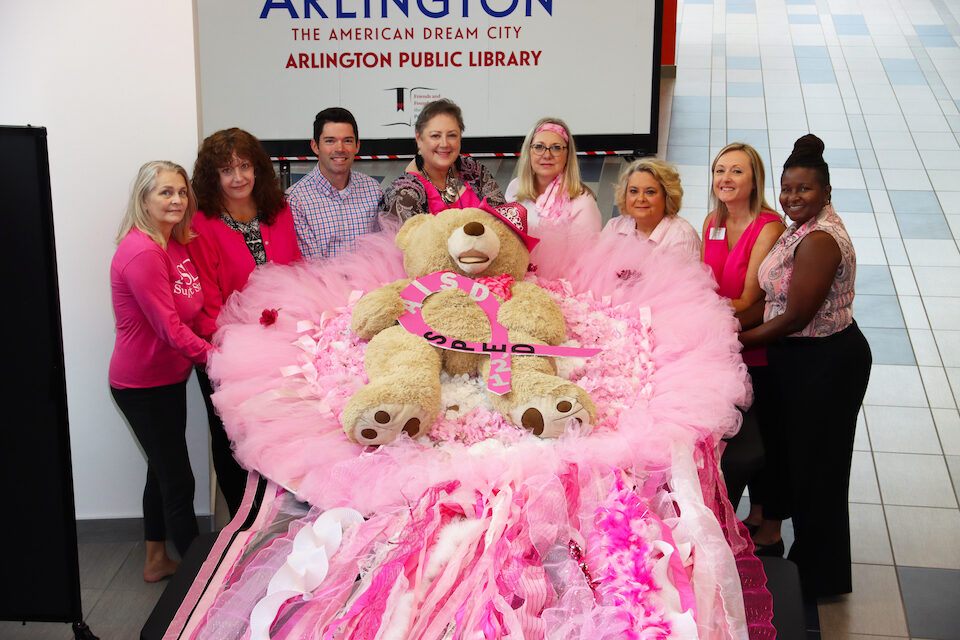 When Texans say, “Everything is bigger in Texas,” they mean it. From houses to trucks and even Homecoming mums, the statement remains true.

Homecoming mums have been a long-running Texas tradition in the fall. And like all things Texan: the bigger, the better. The Arlington ISD special education department has another tradition of creating an annual event to raise awareness about breast cancer. This year, the two traditions merged in a big way.

For the department’s seventh year raising awareness for breast cancer during Breast Cancer Awareness Month in October, they created a huge Homecoming mum in pink and white for their annual event. Huge in this case means world-record sized. The mum measures in at over 20 feet long with a flower and ribbon plywood base measuring six feet in diameter. The total measurement of just over 11 square meters beats the previous Guinness world record of 6 1/2 square meters.

The mum also includes a breast cancer awareness ribbon and a big teddy bear donated by staff member Brittany Gibson’s daughter in honor of her grandmother.

“Breast cancer is a disease that has touched our department personally many times over the years,” said Sherry Hall, special education instructional specialist. “We just wanted to give some hope and raise awareness while having fun, too.”

Specifications for the mum, which were measured and certified by staff from the University of Texas at Arlington’s architecture department, were submitted to the staff at Guinness World Records as a part of the official attempt to break the world record for world’s largest mum. Hall got the notification this week that the mum was officially the world-record setter. Now the only thing Hall is waiting on is the certificate from Guinness.

The Guinness record attempt process required submitting plans and getting approval before beginning the attempt, which usually takes several months. For this mum, the process took even longer, and it has been in the works for two years. The attempt was originally scheduled to take place in 2020, but the COVID-19 pandemic delayed it for a year.

After nearly 50 hours of construction, the mum was completed over the summer by more than a dozen staff members. Because of its size, the massive mum had to be constructed in a driveway at Hall’s mother’s house. The base and streamers had to be proportionate, hence the structure being nearly 22 feet. Some of the materials, including about 450 yards of ribbon, were recycled from other events the department puts on throughout the year like Lip Dub. It even has a hangar attached, although no one can actually wear the piece.

All this month the mum will be on display in the lobby of the downtown Arlington Public Library. Behind the mum is a pink wall for people who have been affected by breast cancer to sign.

Breast cancer affects one in every eight women according to the American Cancer Society, and men can also get the disease. Self-exams and mammography are tools that can help with early detection. For more information on breast cancer, visit the Breast Cancer Awareness Month website.

“If you’re fighting or supporting someone who is fighting this disease, we hope this gives you some joy and hope,” said Hall. “We urge everyone to get tested and do your part to fight this disease.”