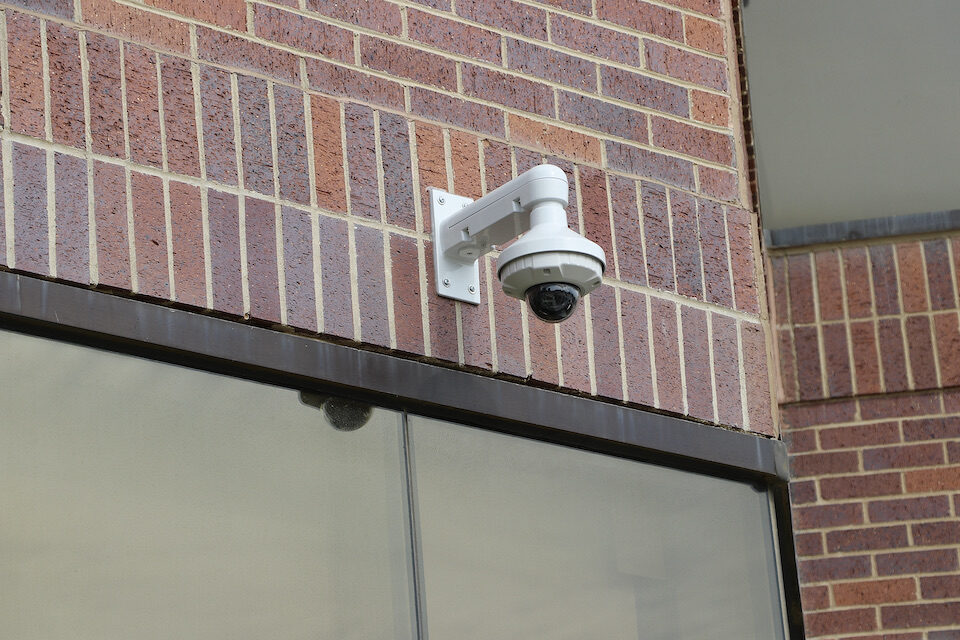 All 5,300 security cameras at the more than 90 buildings in the Arlington ISD are being replaced, and hundreds more are being added, thanks to the 2019 Bond. The district will have around 7,000 by the end of the bond program.

Just as important as the growing number of cameras is the capabilities of the new cameras.

“The difference is night and day,” said Roderick Watkins, Arlington ISD’s manager of safety and security services, about the contrast between the old cameras and the new ones.

Everything is better: the clarity of the picture, the colors, the range and analytics. Some cameras even have a mic and sound detection.

Watkin’s team visits each campus, along with Arlington ISD security and industry specialists. Together they walk the facility and site and consult with the school’s administrators. From that, they develop a map and plan for the best surveillance. Depending on the spaces and needs, they select from several types of cameras to install:

It’s not just the cameras that are upgrading the district’s surveillance system. The district is also installing a new video management system (VMS) for the cameras.

A VMS is the system that all the cameras feed into. It collects and stores all the cameras’ images and provides an interface for the images to be displayed.

The new VMS is a significant upgrade over the old system. The old system was composed of proprietary network video recorders (NVRs) that were only compatible with specific cameras. The new system is vendor agnostic and is compatible with most camera manufacturers. The new system is flexible enough to run in either a physical or virtual environment, giving the district very scalable options.

The new cameras and VMS are much more than just technology upgrades. They’re all about the district’s goal to provide a modern, robust video surveillance infrastructure environment to enhance the safety and security at every campus.

“Having a robust video surveillance platform is a very crucial part of our emergency operations,” said David Stevens, Arlington ISD’s director of security. “We need to be able to direct our first responders immediately to any incident that may occur. Our security team members assigned to the campuses, patrol and our security operations center, as well as our campus administrators, are trained to utilize the system during an emergency in order to provide real-time, tactical intelligence to our first responders. In times of crisis, seconds count and having a quality video surveillance platform will allow us to help our first responders have a faster and more successful response.”

The 2019 Bond program is being implemented over five years, and the new cameras are getting installed at every campus in five phases. The first two phases, which included 41 campuses, are already complete.

Phase three, with 20 campuses, is currently in progress. The first two schools in phase three, Key and Morton elementary schools, are complete, and seven others are targeted for completion by the end of the year, including Lamar High School, Ferguson Education Center and Johns, Key, Butler, Corey and Larson elementary schools. Arlington High School is also getting their new cameras in conjunction with the Bond 2019 construction project there.