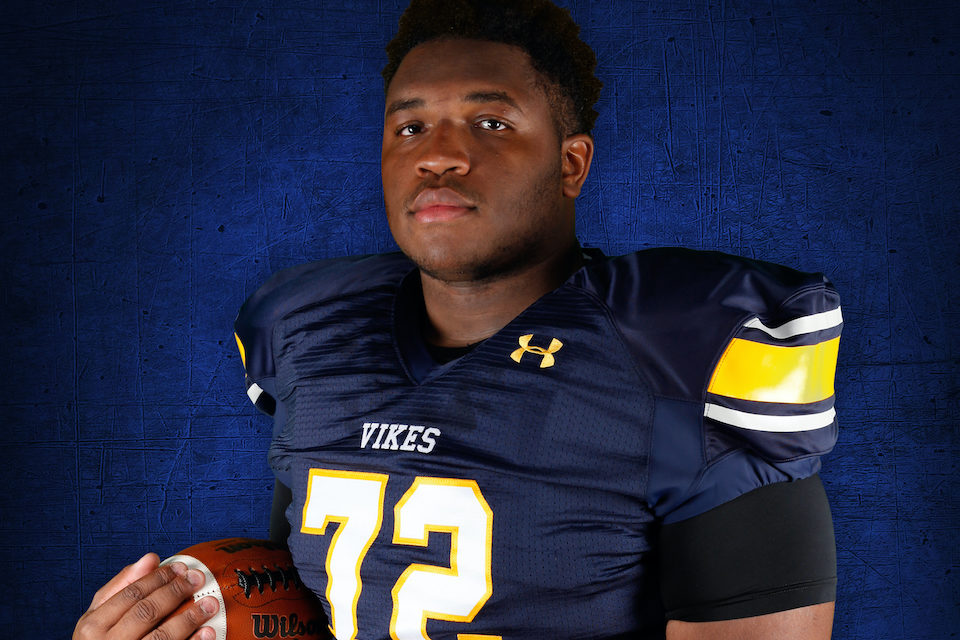 Back in February 2016, Arlington ISD hosted its annual national signing day event at the Professional Development Center. One of the nearly 70 students honored for receiving athletic scholarships that day was Lamar High School football player Chris Owens, a highly-rated offensive lineman heading to the University of Alabama.

Just last month, Owens started at center for the Alabama Crimson Tide in its national championship victory over Ohio State, played at AT&T Stadium in Arlington, just a few minutes from Lamar.

In high school, Owens was highly decorated for both football and academics, earning multiple city, state and national football honors. At Alabama, he continued to make academics a priority. He made the Dean’s List five consecutive years, was named to the SEC All-Community Service team, was a member of the SEC Leadership Committee, and he earned a bachelor’s degree in journalism and creative media and a master’s degree in sports administration.

And he’s done all that with humility and servant leadership.

“Chris was not only an instrumental part of our football success but was a leader on and off the field as well,” said Laban DeLay, head football coach at Lamar. “When he does return home for a visit, he always comes by to catch up, work out and on several occasions has visited with our current Lamar Vikings. We are very proud of his accomplishments thus far. He always has a large fan base in the Lamar community because of his humble attitude and servant leadership.”

That large fan base includes his former teachers.

“He was always a competitor but with a kind, gentle spirit, always working well with others,” said Lisa Wilson, Owen’s physical education teacher at Larson Elementary. “He was a joy to teach! He has the best smile too! I think recognizing Chris is fantastic and well deserved!”

Owens plans to return to Alabama next year for his final year of college athletic eligibility.