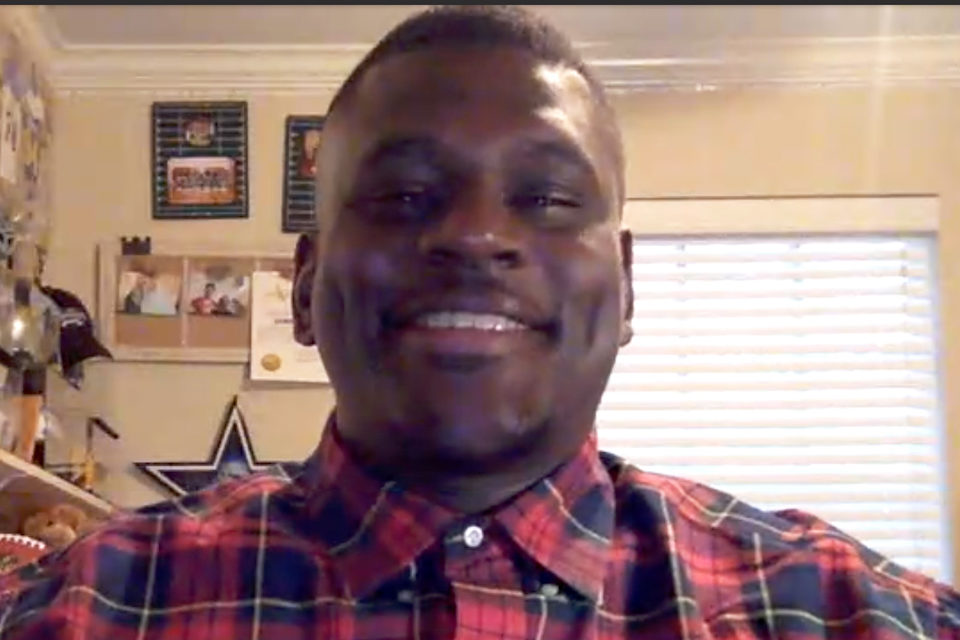 Former NFL offensive lineman Byron Bell had a simple message for the Seguin Cougars during his virtual engagement with more than 100 students Thursday morning.

“Do what’s right, and you’ll get rewarded,” Bell said. “Don’t be the distraction.”

Bell, who spent ten seasons in the NFL, was the school’s guest speaker for Black History Month. The Greenville, Tex., native who spent time with the Dallas Cowboys, talked about his career and the lessons he’s learned throughout his life.

Bell talked about inspirations like Civil Rights hero Ruby Bridges, poet Maya Angelou and his mother. While his speech was tied to Black History, he didn’t want to limit his reach to that.

“I know it’s Black History Month, but it doesn’t matter if you’re black or white, do what’s right,” Bell said.

Bell stressed the importance of education and time management, using himself as an example. He didn’t take his studies seriously early in high school, limiting his college chances. He realized that in time to secure a scholarship to New Mexico. And while he left college after his junior year, Bell didn’t forget about his education. He’s currently back in school, trying to get his degree and thinking ahead to graduate school.

“Byron Bell’s words of encouragement to our staff and students reinforced my why in education,” Linson said. “It lit a fire in me to continue to remind students to enjoy the process because ‘Achievement takes time.’”