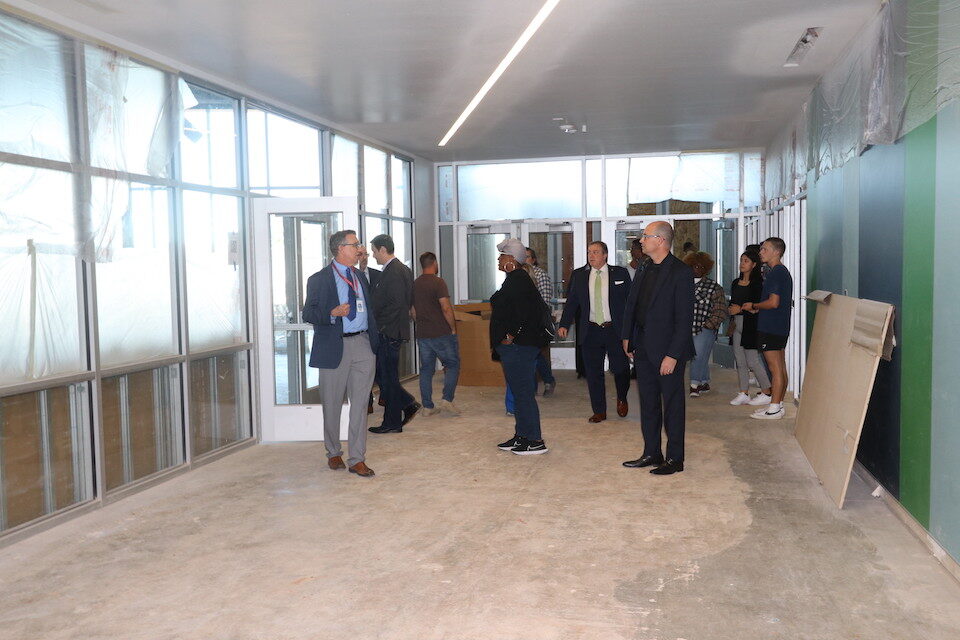 The Arlington ISD’s Citizens Bond Oversight Committee toured the new Webb Elementary School building to kick off its meeting on Tuesday. The new Webb building is still under construction but is scheduled to open in January.

Following the tour, the committee members met in the current Webb library to receive updates on the 2019 Bond program. They heard status reports from Arlington ISD administrators about bond-funded projects for facilities, fine arts, technology, security and transportation.

“We put this committee together for transparency purposes and accountability purposes,” said Dr. Aaron Reich, Arlington ISD trustee, as he thanked the committee for its valuable input.

See the presentation from Tuesday’s meeting.

Webb Elementary and the 2019 Bond

See photos of the new building.

Webb is the first of four school replacements funded by the 2019 Bond, an effort to modernize the district’s schools and revitalize their neighborhoods. It’s all about providing generations of students with the opportunities they need to succeed in the 21st century. In addition to Webb, a new Berry and new Thornton elementary are also under construction, slated to open for the 2023-24 school year. Finally, Carter Junior High will be replaced with a new building at a new location – the site of the former Knox Elementary (and now the temporary Thornton). The new Carter is currently in design.

The 2019 Bond is doing a lot more than building four schools. Learn about all the bond projects at aisd.net/bond, from new playgrounds to new school buses.