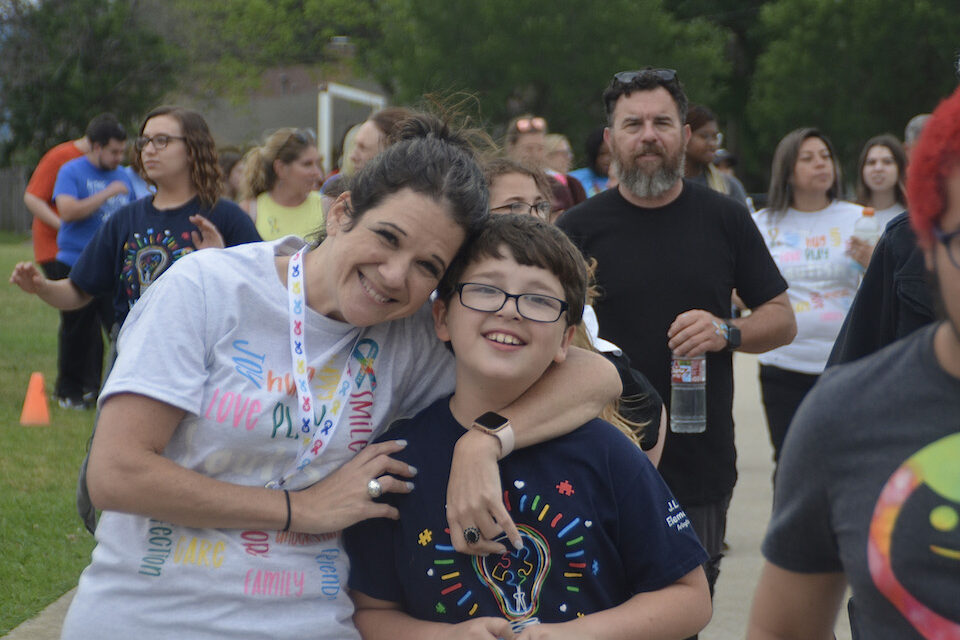 Facts about autism are just about everywhere at Hill Elementary – on the outdoor pavement and indoor walls, on posters and doors – and that’s precisely the point.

As Autism Awareness Month comes to a close, Hill wanted to go all-out on its attempt to bring cognizance wrapped around a celebratory tone about a disorder that is often misunderstood.

“A lot of people don’t understand the definition of autism,” said Hill Special Education teacher Haley Tennes, whose class for the past four years has been primarily students with the neurological and developmental disorder that affects how people interact, communicate, learn and behave.

Autism can be diagnosed at any age. It is described as a “developmental disorder” because symptoms generally appear in the first two years of life.

While the cause remains unknown, studies have detected differences in the brain that causes developmental disorders that can make it harder to communicate and interact socially with peers.

“People are very quick to assume it is a lack of intelligence or non-verbal or that you are either very low or very high functioning,” Tennes said. “But it’s really a full spectrum of kiddos who have very fixated interests. I mean, one of our students knows everything about trains that you could know. It’s impressive.”

In years past, Hill put on a litany of events surrounding autism during its Spirit Week to help spread awareness to those still a bit in the dark about it. 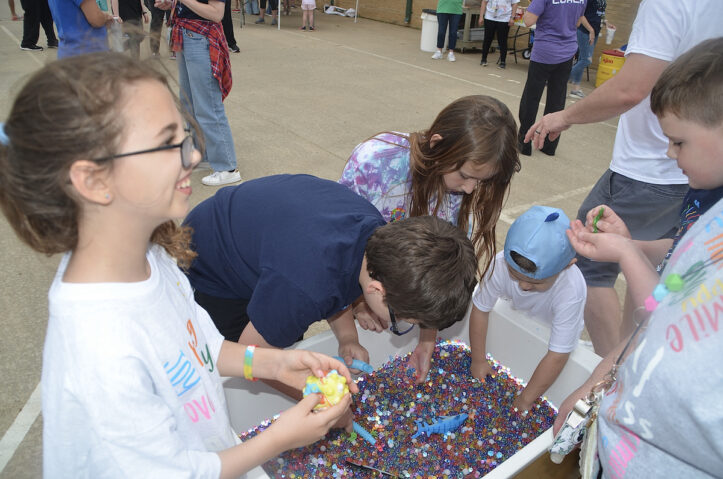 “This year, we wanted to do something to involve the whole community,” Tennes said. “We came up with this idea a month ago. So we just kind of threw everything together.”

The idea was an Autism Walk with a fundraiser attached and a festival, where everyone could come together for food, fun and lots of autism facts.

On Wednesday, teachers, administrators, students, parents, and community members took off to do circles around the Hill track, eventually raising over $500 for the Autism Society of Texas.

They then gathered for fun and games, like Legos, Play-Doh and coloring. There were several tactile sensory activities to help stimulate the brain, create neural pathways and improve sensory processing systems.

“All of the stations are based on a typical behavior of our students with autism or those on the autism spectrum disorder,” said Hill fourth-grade teacher Kellie Pringle, who was presiding over one of the stations. “Things they may find fascinating or ways they can calm down. It gives everyone, even those neurotypical folks, an opportunity to experience some of that interaction and exploration.”

Students used colored chalk to write out facts on the pavement. (“Autism spectrum disorder (ASD) affects 1 in 68 children and is more likely in boys than girls,” said one. “ASD is more common than childhood cancer, diabetes and AIDS – combined,” said another). During and after the walk, students in Tennes’ class reeled off facts as well from a microphone,

“Spectrum means wide range,” a student said. “It is called this because all kids with autism are different!”

Said another, “Autism affects how the brain works. Making it hard to talk, understand others and learn!”

Parents of students with autism are “quite comfortable” at events like this, said Tennes, mainly because “everything here is geared to them. It’s about them. They aren’t the outsiders.”

Tennes studied psychology in college and took a substitute teacher assignment in special education shortly after graduation. She loved it. Special education certification followed, and now she’s concluding her fourth year at Hill. 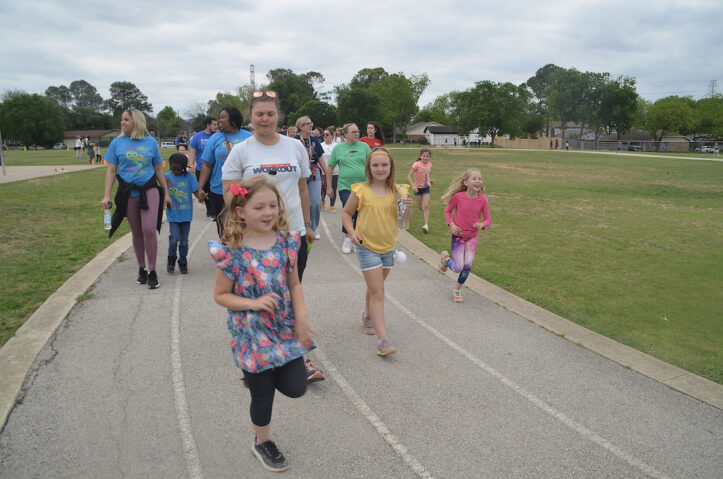 “One of my friend’s sons is autistic, so I learned a lot from him and how they interact,” she said.

What most impresses her about students with autism is how they see the world through a completely different lens.

“It’s not wrong,” she said, “it’s just different. So I do what I can to get people to understand that.”

For her, every month is Autism Awareness Month.

“I have the best kids and have been lucky enough to have them at whatever age I get them,” she said. “They stay with me until they go to junior high. So I get to build a perfect bond with my kiddos. If only people could see some days what I see every day.”