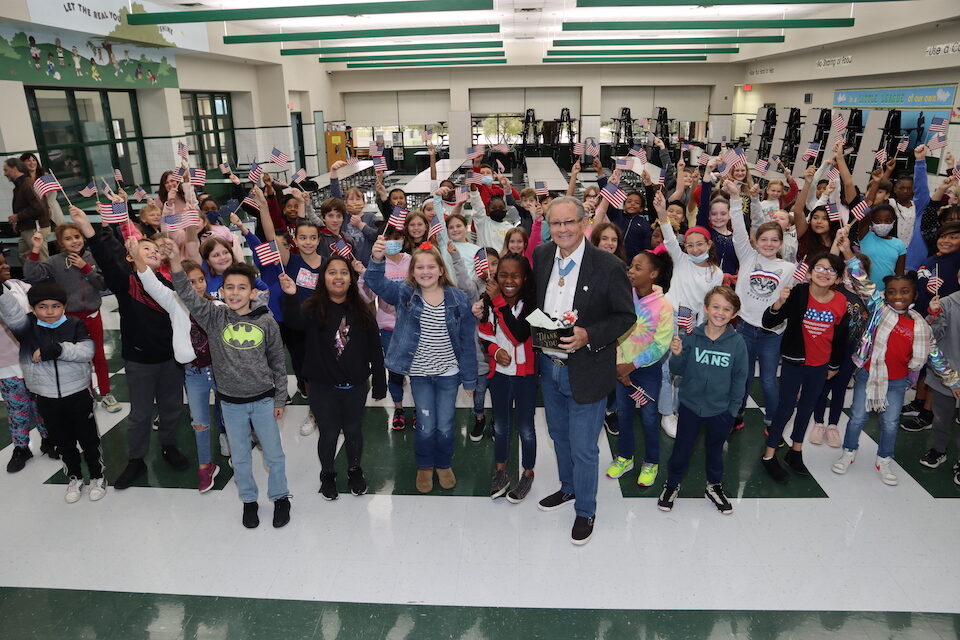 Today may officially be Veterans Day, but students across the Arlington ISD got memorable visits from heroic veterans last week.

The visits were set up by the National Medal of Honor Museum, which is slated to open in Arlington in 2024.

Brady, who earned his Medal of Honor as a helicopter ambulance pilot, talked with fourth-graders at Little Elementary, listened to the fourth-grade choir at Duff Elementary and spoke with student-athletes and members of the JROTC at Sam Houston High School. 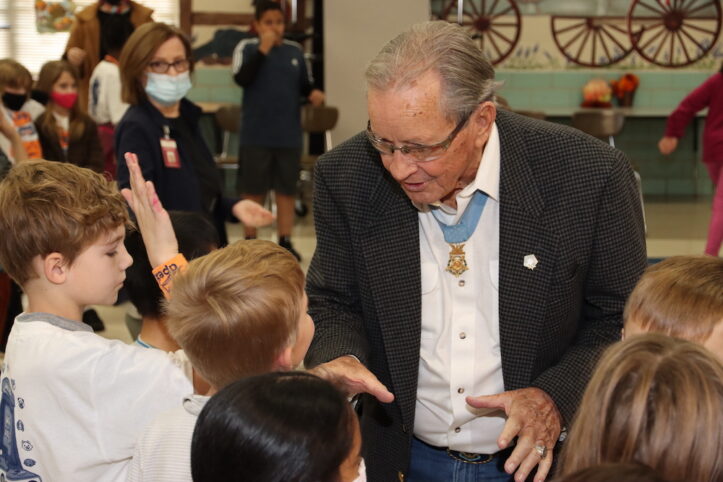 His message at all three campuses was the same. He stressed the value of courage and sacrifice. He also told the students at all three locations that while there are no kings and queens in the United States, veterans are nobility in the U.S.

“This is what we do,” said Brady, who received his medal for his actions on Jan. 6, 1968. “If we don’t take time to spend with our young people based on our experiences in life and what we’ve done, what good are we? We need to try and pass on some of the values we’ve learned. You can’t believe some of the questions we get.”

Brady had to be ready for all kinds of questions, whether it was how old he was (85) from a student at Duff to his thoughts on Afghanistan, Colin Powell and communism from students at Sam Houston. He also talked about how he ended up in the Army and continually talked about courage.

“Everyone is equal in courage,” said Brady, one of 66 living Medal of Honor recipients. “Fear is an emotion. Courage is a decision. The key to success in life is courage.”

Patterson, the son of a poor dirt farmer, earned his Medal of Honor in the infantry in Vietnam in 1968. When his army squad was pinned down by fire from enemy bunkers, he singlehandedly destroyed five bunkers with his rifle and grenades, allowing his platoon to continue its advance. 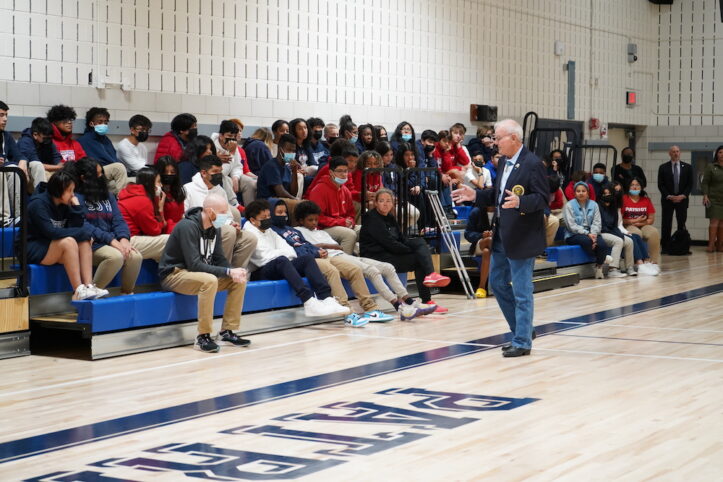 But last week when he arrived at Seguin High School, Key Elementary and Shackelford Junior High, Patterson was armed with only his infectious smile and North Carolina drawl.

“We’re going to talk about you,” he told each student group. “You have one responsibility. Come to school and learn. But I also want you to have fun.”

He told the students how they are all building a house – the house that is their life.

Patterson urged the students to get good advice from parents, teachers, counselors and others and to live the life they want to live.

“You’re the only one that can live this life. Don’t let anyone tell you you can’t do something, because you can.”

Patterson also urged the students to live differently than he lived as a high school student and young man. He was honest about his bad choices and bad behavior. After dropping out of high school before 12th grade, Patterson joined the army, where it didn’t take long for him to earn three Article 15s – discipline for misconduct. 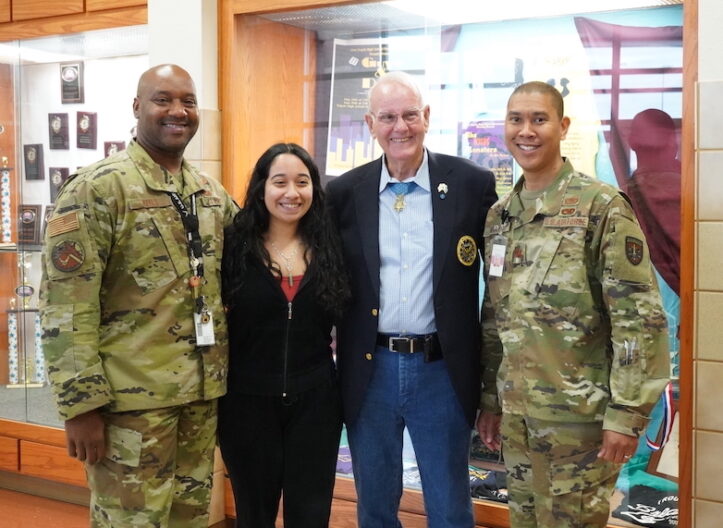 But Patterson learned from his mistakes and got his life in order. In addition to the Medal of Honor, he earned a college degree, was awarded numerous medals, rose to the highest rank for an enlisted soldier and served in the first Gulf War.

The 73-year-old’s talk elicited a wide variety of questions from the elementary, junior high and high school students. And while he answered everyone, Patterson continually returned to his theme.

“You can do anything with your life,” he said. “Do something with it. It’s yours. Only you can live your life.”