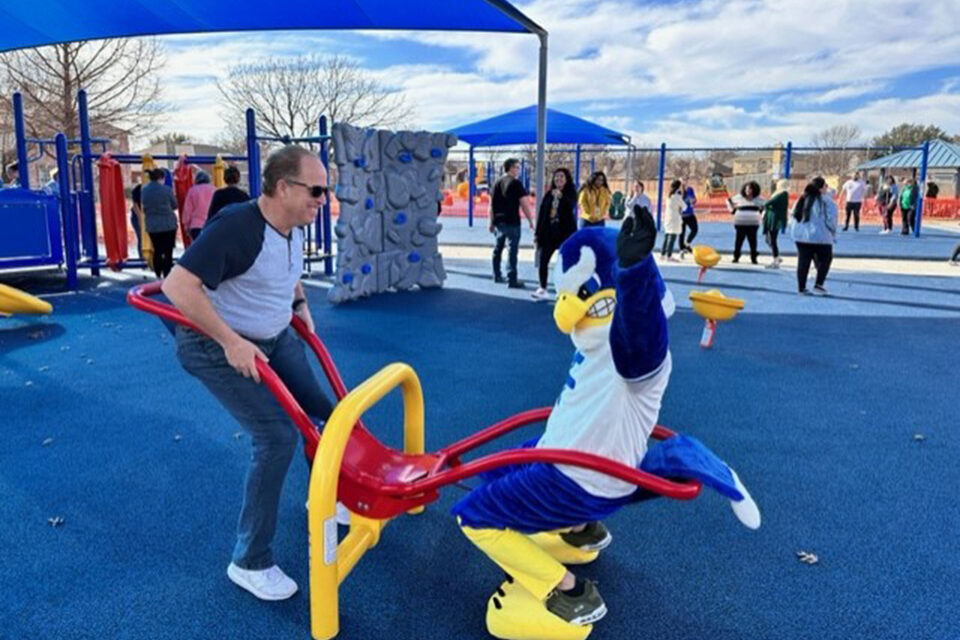 Four more Arlington ISD schools debuted their new playgrounds for students in recent weeks. Students at Jones Academy and Farrell, Fitzgerald and Webb elementary schools are the latest to climb, swing, hang, jump and run all over the new playgrounds.

“The students love them and have mentioned to me how excited they are about having updated equipment,” said Farrell principal Gen Brunk. “They have raved about being able to have a climbing wall and the spider web climb.”

But it’s not just the students at Farrell getting in on the action.

“We even had the staff out for a time of ‘playing’ on the new equipment during our work day, and we had a great time,” Brunk said. 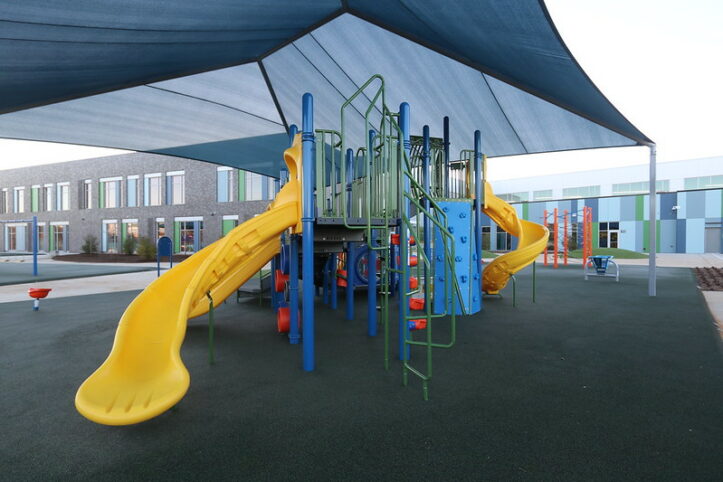 The new playgrounds at Jones, Farrell, Fitzgerald and Webb are part of the 2019 Bond program. Every elementary school is getting two – one for pre-K through first grade, and the other for second through sixth grade. The playgrounds were designed with teacher and student input and include shade structures, accessible play equipment and rubber surfacing. While the equipment is standard from campus to campus, each school got to make its own color selections.

“Our students are so in love with the playgrounds!” said Jones principal Katiuska Herrador. “There is something for everyone. The playgrounds give several students at once something to play with and the spaces encourages them to interact with each other. Super fun as it’s meant to be!”

The playgrounds are getting installed at all 53 Arlington ISD elementary schools in three phases thanks to the 2019 Bond. 24 schools are now complete. The first phase, with 17 schools, is done, and phase two is nearing the midpoint. Schools with playgrounds open in phase two include Jones, Farrell, Fitzgerald and Webb, along with Crow Leadership Academy, Wimbish World Language Academy and Ditto Elementary. Some of the schools with open playgrounds still have a little site work left, like planting sod.

Work is also underway at several other schools in phase two, with more beginning soon.

Work will begin throughout the semester for the remaining phase two schools as well, including Patrick, Butler and Sherrod elementary schools and Kooken Education Center.