Encourages students to use their imagination through drawing with shapes 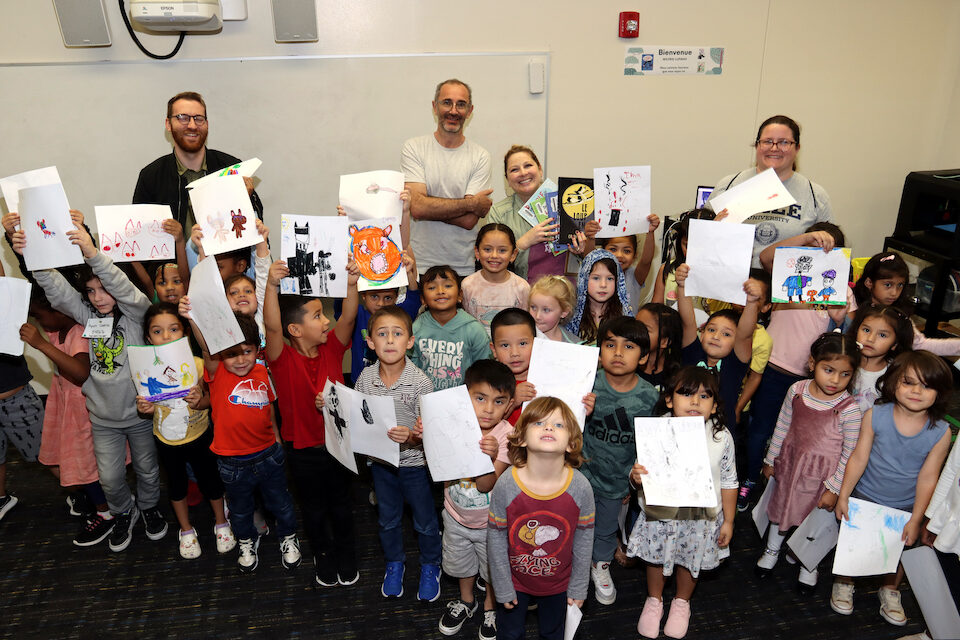 You may have heard of Captain Underpants, but have you heard of The Wolf in Underpants, a kids’ comic book? Students at Wimbish World Language Academy certainly have. They’ve even met the author.

French author Wilfrid Lupano paid a special visit to Wimbish to teach students the art of comic book writing and how shapes are used to develop each character’s character.

“To me, for the students to experience a French speaker shows them that the French language exists outside of the classroom,” Williams said. 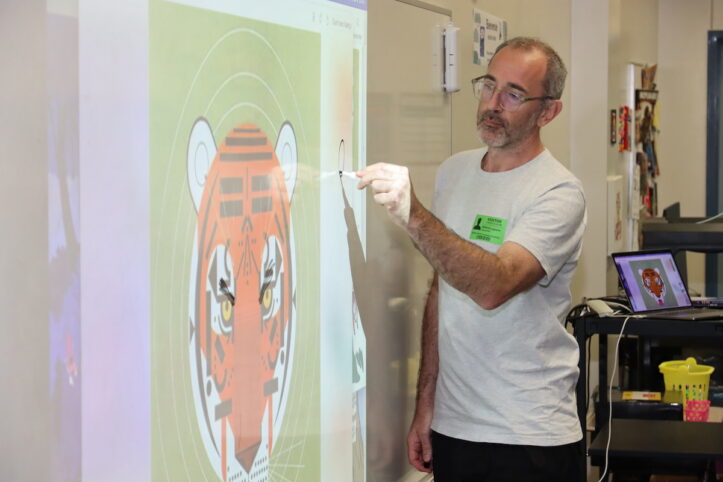 “For them to experience an author who has come from France and writes books for the students opens them up to the world, which is great!” Williams said.

Lupano, born in Nantes, France, began writing comic books at 14. As a child, his family’s comic book collection sparked an interest in writing and inspired his imagination.

Lupano has written many graphic novels for French readers, but his latest book series, “The Wolf in Underpants,” was written in English and has four installments, all available in the library at Wimbish.

“I always had the conviction that comic books have a superpower,” said Lupano. “They are easy to share inside of a family. When a comic enters the house, everyone is reading. They have the power to share culture.”

Lupano enjoys interacting with the kids and sees it as an opportunity to share his culture. Drawing is in human nature, he said, because at some point, everyone has done it. Especially as kids.

“I think we began drawing in the caves as cavemen before we could even speak. So, drawing for us is in our nature.”

Lupano told students in grades pre-K through first how artists use shapes – like squares, circles, triangles and hearts – to sketch a character. He also explained how shapes tell the reader a lot about the character’s character in the story.

Lupano said that the character Batman in sketches is mostly made up of triangles, signifying he’s sharp and ready for battle. Another example Lupano gave is Carl Fredricksen from the movie “Up,” who is mostly made of squares, who then meets Russell, who is made up of circles.

“He is a square living in a square, who then meets a circle,” said Lupano.

After his presentation, Lupano gave the students a drawing exercise in which they were to use shapes to draw their own characters.

First grader Rosie H. used circles to draw an angry bunny with red eyes who was hiding from the sun under an umbrella.

“My bunny is angry and wants to hide from the sun because he doesn’t want to be crunchy,” said Rosie.

Rosie plans to continue drawing and writing as she grows up.

“I like writing books for my mom and sister. It’s a lot of fun,” she said.

Hopes for the future

Wimbish principal Dr. Chelsea Kostyniak was all smiles as she walked from table to table admiring her students’ artwork. Her plan is to have more artists like Lupano visit Wimbish to give students an even more immersive experience.

“I am really excited that the students get to see a published French author,” said Kostyniak. “We want them to read and write in French here at Wimbish, but sometimes they don’t always see the application. So, having Lupano here is special, especially for our artists.

“I would love for us to have more writers, especially for our Spanish speakers. This is my first year here, so this is exactly the type of thing we want to expand, especially from a literacy standpoint.”