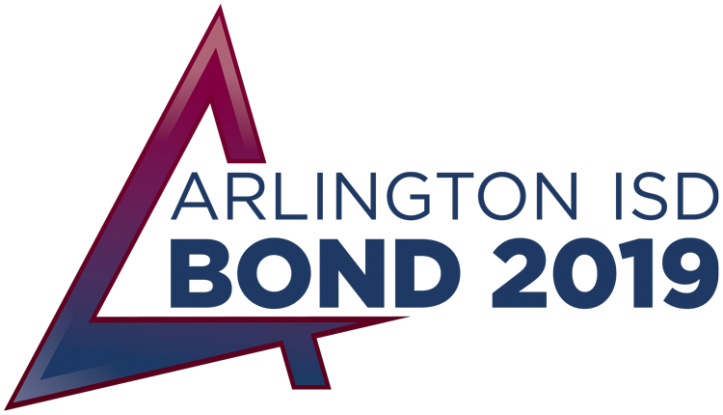 The future Michael Glaspie Field Athletic Complex is a Bond 2019 project that will renovate the existing practice field at Martin High School and convert it into the Arlington ISD’s third competition field.

The new stadium, being designed by VLK Architects, will include approximately 10,000 seats, a larger press box, locker rooms, restrooms and concessions. Architects are being careful to consider the campus’ existing layout, neighbors, traffic flow – cars, school buses and pedestrians – and parking in their design. They have included a landscape buffer and fencing between the stadium and neighboring homes and will utilize modern LED lighting. The LED lighting is significantly better than traditional lighting in that it can be directed into the stadium and onto the playing surface more efficiently, has considerably less spillage from the venue and can be turned on and off quickly.

The design will also feature the ability to transform the stadium according to which school is using it. With lighting, signage and technology, the stadium will shift to reflect the home team for that event, whether it’s Seguin, Martin or any other Arlington ISD school.

What is the timeline / schedule for the project? When will construction begin and end? Expand

The timeline is subject to zoning approval and the lead times for materials. Construction will take about 12-15 months after the groundbreaking.

Where will the construction loading zones be located? Expand

This is still to be determined.

What contingencies are in place for the disruption to other sports caused by the construction of Glaspie Field? Expand

The district will utilize other campuses to host affected sports.

How many months of construction are needed from groundbreaking to opening? Expand

Should this project be underway already? Expand

The project has to go through the City of Arlington’s planned development process because of the height of the light poles and press box.

What is the current capacity of the stadium and what will the new capacity be? Expand

How big is the visual screen? Expand

The screen is approximately 40’.

What is the budget for the stadium and are there contingencies in the 2019 Bond to account for construction overages? Expand

The final budget is in process and is subject to current material constraints. We are actively monitoring structural steel and other commodities prior to the execution of purchase agreements. There are contingencies within the 2019 Bond to allow for overages, but our goal is to keep the project within budget.

Will there be handicap access to the visitors’ side of the stadium and to the softball field? Expand

The stadium and softball field will have accessible seating.

Locker rooms will be constructed for use by teams that will be performing at different events held at the field throughout the year. This may include football, girls/boys soccer, girls/boys track, and various other sports and fine arts programming. Typically, the cheerleading groups arrive at the field dressed and ready for their events.

Is there enough parking to accommodate the fans along with existing student traffic? Expand

Yes. There are approximately 1,650 parking spaces on the Martin campus. This is more than what is available at the Arlington ISD’s other stadiums, Wilemon and Cravens. At this time, we feel that we have enough parking, but we will actively monitor parking as we progress, and we have mitigation and contingency plans in place should more parking be needed.

How will the district deal with parking during multiple events at Martin? Expand

The district will be mindful to not schedule multiple high-profile events at the same venue.

Will Martin’s parking lots be resurfaced and improved through this project? Expand

Selective areas of the parking lots will be resurfaced as part of this project.

Will baseball and softball traffic park along Mayfield? Expand

The Arlington ISD athletics department will work to avoid parking on Mayfield with better traffic control and directing patrons to other parking areas.

I am concerned that once you have band students, cheerleaders, players, coaches, staff, etc. all parking at the same time, we will run out of space. Will there be any space left for fans? Expand

Yes, there will be many spaces for fans.

Where will visiting band semi-trucks be parked? Will they be expected to navigate along Mayfield, a two-lane road? Expand

They will park in the north parking lot. All buses and large trucks are planned to enter the site from the south, drop off players, cheerleaders, band members, etc., and then move around the stadium to park in the north lot. There is also a staging area around the existing MAC (multipurpose activity center) which will allow buses/trailers to circulate around the MAC in order to pick up the band and equipment when loading out.

Where will Seguin’s band, athletic and dance team buses and band semi-trailer park for games?  Expand

They will park in the north parking lot.

Will a fence be put up behind the softball fields? Expand

This is still to be determined.

Will Mayfield Rd. be improved as part of the project or have a lane added? Expand

There are no plans at this time to make any changes to Mayfield Rd.

How will delays in the Glaspie Field project affect Wilemon and Cravens? Expand

The intent is for Wilemon and Cravens fields to remain on the original schedule.

Will the renovations at Cravens and Wilemon include the new technology being installed at Glaspie? Expand

Yes, plans for Wilemon and Cravens include new LED lights, scoreboards and sound systems similar to the systems being designed for Glaspie Field.

Will Choctaw Field continue to be utilized? Expand

Choctaw Field will continue to be utilized as needed during the construction/renovations of the three stadiums.

Why can you put new LED lighting in this existing neighborhood but not on the junior high fields. Lighting for junior high fields was budgeted for in the 2014 Bond, but then it was not installed. We were told the reason it was not installed was because of a city code issue in existing neighborhoods. Where did the funding go? Why can’t it be reallocated with this new LED technology?  Expand

Will any money go toward upgrading the Martin school building, like bathrooms that are in disrepair? Expand

Yes, there are certain restrooms included in the renovation efforts. However, not all restrooms require work in this project.

Will baseball and softball lose their secondary fields? Expand

No, they will not lose those fields.

Yes, the batting cages will remain.

The facilities portion includes: new construction, condition needs and life cycle improvements for all schools, new playgrounds at all elementary schools and facility upgrades for fine arts and athletics. 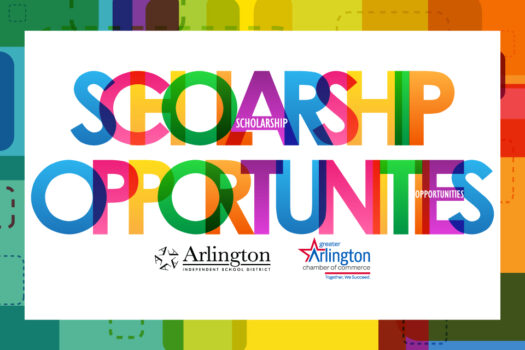 Applications open for college scholarships from the Chamber of Commerce

Seniors, it’s the time of year to apply for one or more of the 11 scholarships offered by the Greater ... 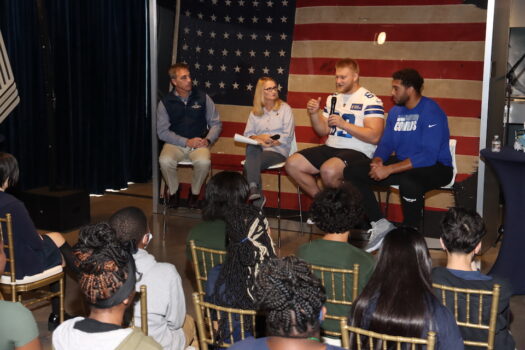 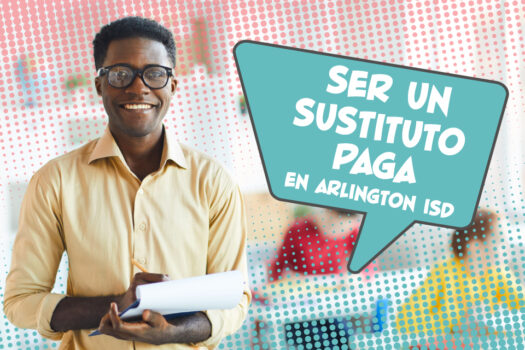 CALLING ALL SUBS  Alyssa Gilmore was born to be a teacher. “My bedroom was set up as a classroom starting ...
Select Language
Scroll To Top