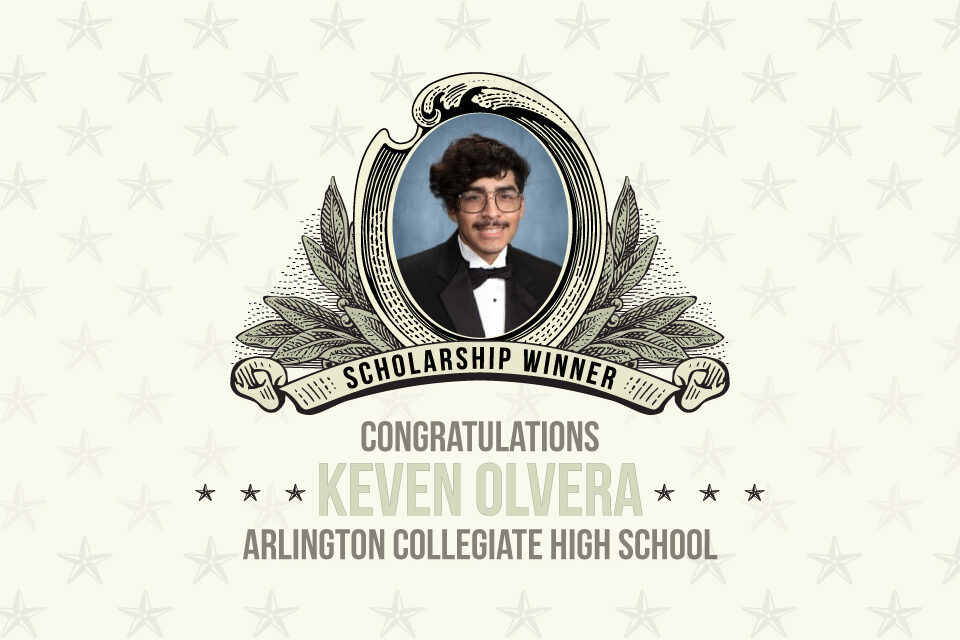 Arlington Collegiate High School senior Keven Olvera wasn’t sure what he was going to do once he graduated from school this June with his associate degree. He was thinking about taking a semester off and saving up to continue his education. But he doesn’t have to take a break anymore as Olvera was one of 25 winners of a $40,000 scholarship. The announcement took place live on Good Morning America Thursday morning.

At least it was supposed to be live. Olvera was on Zoom for the 6:15 surprise announcement. There was just one problem. Olvera couldn’t get his camera to work and his image in the lower right corner of the screen is a still frame from his frozen camera.

That little glitch didn’t take away from the excitement of the moment.

“This really changes my mind about everything,” said Olvera, who is leaning toward attending the University of North Texas and hasn’t decided what he will study. “I applied for a bunch of different scholarships. This is the first one I got.”

And it is a doozy. The scholarship is part of the College Board’s BigFuture program and you can see the entire segment here.

The program encourages prospective college students to fill out the proper paperwork for life after high school and provides them with tools to be successful in school.

“They were impressed by the way I set up my account,” said Olvera, who began attending the Arlington ISD in the first grade at Rankin Elementary. “All I really did was complete the tasks I needed to.”

ACHS principal Jeff Krieger was also kept in the dark about the honor for Olvera. That didn’t dampen any of the joy once he found out about the award.

“We are excited to see Keven’s hard work at ACHS pay off with this scholarship,” Krieger said. “This reward is the result of a student who embraces what an early college high school can offer and taking full advantage of it. Keven’s scholarship today illustrates how an early college student can be successful when they embrace the opportunities provided at Arlington Collegiate High School.”

Olvera said he heard from the College Board a couple of weeks ago. The senior then arrived for an interview. He then got another call earlier this week from Good Morning America. He thought he was going to be on for a segment about high school students giving insight on how to research colleges.

“They really didn’t say a lot,” said Olvera. “That just said they were going to do an interview.”

To find out more about what ACHS and our other specialized programs have to offer, you can visit our page here.